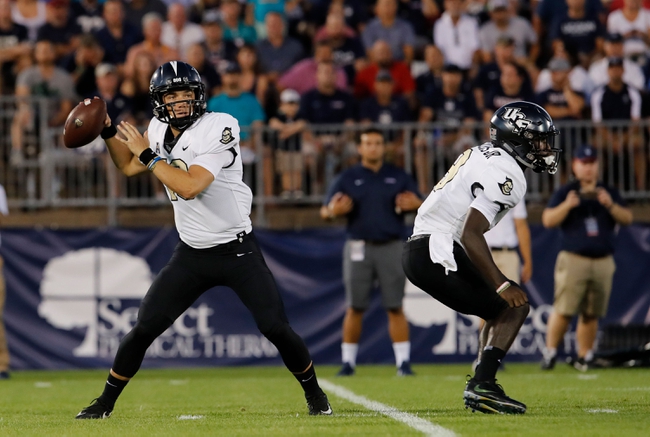 The UCF Knights look for their 15th straight victory after beating UConn in their opener, 56-17. The UCF Knights haven’t lost a home game since December of 2016. McKenzie Milton is completing 75 percent of his passes for 346 yards, five touchdowns and zero interceptions. Milton has a combined 12 touchdown passes in his last three games. Tre Nixon and Dredrick Snelson have combined for 191 receiving yards and two touchdowns while Adrian Killins Jr. has two receptions. The UCF Knights ground game is averaging 296 yards per contest, and Darriel Mack Jr. leads the way with 70 yards and one touchdown. Defensively, UCF is allowing 17 points and 486 yards per game. Pat Jasinski leads the UCF Knights with 10 tackles, Trysten Hill has two tackles for loss and Richie Grant has one interception.

The South Carolina State Bulldogs got nothing going against Georgia Southern, and now they're playing a team that's more talented on both sides of the ball. The UCF Knights could put up 70 points in this game if they wanted. However, I'm not a fan of laying monster numbers in games like this, as you open yourself up to a backdoor cover when the favorite calls the dogs off. Instead, I'll side with the over. UCF will get whatever it wants offensively and should be able to get close to this total by itself.