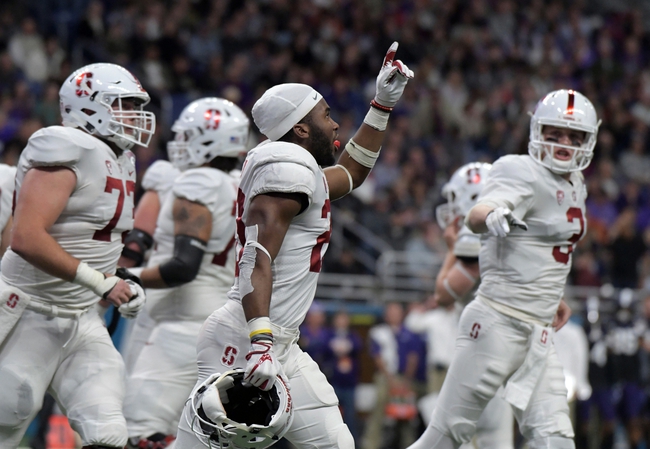 The USC Trojans look for a statement road victory to start 2-0 for the fourth time in five years. The USC Trojans have won three of their last five road games. JT Daniels is completing 62.9 percent of his passes for 282 yards, one touchdown and zero interceptions. Daniels enters this game with 35 career pass attempts under his belt. Amon-Ra St. Brown and Trevon Sidney have combined for 170 receiving yards and one touchdown while Tyler Vaughns has four receptions. The USC Trojans ground game is averaging 219 yards per contest, and Aca'Cedric Ware leads the way with 100 yards and one touchdown. Defensively, USC is allowing 21 points and 405 yards per game. Cameron Smith leads the USC Trojans with seven tackles, Porter Gustin has 1.5 sacks and Iman Marshall has two pass deflections.

The USC Trojans are throwing an inexperienced quarterback into the lions den, and Stanford has been one of the more consistent home teams the last couple of years. I also don't like how USC performed defensively in its home opener, as allowing over 400 yards of offense to a much lesser team isn't a positive sign. The Stanford Cardinal appear to have a much more confident quarterback, which makes the offense much more consistent and balanced, and we all know Love isn't going to struggle two weeks in a row. This is a game where Stanford should roll, as USC is too young in many key spots and is likely in over its head. I'll take Stanford by a touchdown.