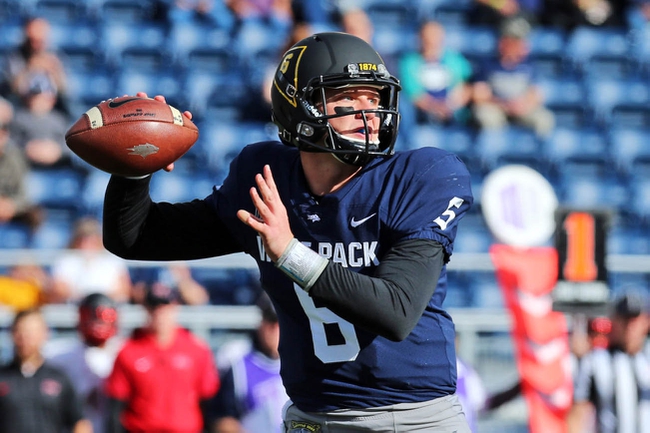 The Nevada Wolf Pack will be looking to build on a strong opening effort to the season, cruising by Portland State by a final score of 72-19. Ty Gangi threw for 342 yards, 3 touchdowns and an interception on 16 of 26 passing, while Toa Taua threw for a touchdown while leading Nevada in rushing with 8 carries for 56 yards and a rushing score. Gangi, Kelton Moore and Cristian Solano each added a rushing score while Kaleb Fossum led Nevada in receiving with 6 catches for 139 yards. McLane Mannix made the most out of his 4 receptions, logging 132 receiving yards and 3 touchdowns while Jaxson Kincaide added a receiving score as well. Daniel Brown added a pick-six and Romeo Doubs had a punt return for a touchdown while the Pack’s D combined for four sacks, including one from Malik Reed who led Nevada with 6 tackles in the win.

The Vanderbilt Commodores will be looking to build after pummelling Middle Tennessee by a final score of 35-7 in their season opener on Saturday. Kyle Shurmur threw for 170 yards and 2 touchdowns on 10 of 17 passing, while Jaumari Wakefield and Khari Blasingame each had a rushing touchdown, with Wakefield leading the ‘Dores with 56 rushing yards and Blasingame racking up 52. Kalija Lipscomb led Vandy with 4 catches for 60 yards and a touchdown, while Chris Pierce added a receiving score as well in the victory. Dayo Odeyingbo recovered a fumble and returned it for a touchdown, while Vandy as a team recorded 6 sacks and an interception, with Jordan Griffin and Allan George each leading the Commodores with 5 tackles.

I’ll admit, both of these two teams were squads I counted out in week 1, as I thought Portland state and Middle Tennessee would keep the games close and that didn’t happen. Unfortunately I have to fade one of these squads for a second week in a row and for me the one I have to fade is Vanderbilt. I still have questions about the Commodores offense, as I think there needs to be more production from Shurmur and the Vandy offense. Nevada, albeit against an FCS team, showed that they have the same offensive firepower that we saw before, and I think the Wolf Pack can use that to keep this game within a touchdown so I’ll take the points with Nevada in this spot.