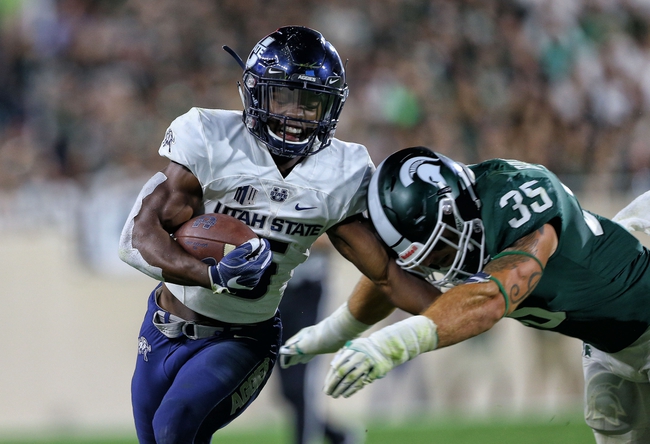 The Tennessee Tech Golden Eagles struggled to get going on both sides of the football in a 49-10 loss to Kennesaw State to fall to 0-2 in the young season. Tennessee Tech fell behind 21-3 at the half and never challenged.

Golden Eagles quarterback Bailey Fisher struggled to get the ball downfield with any kind of consistency as he connected on 19-30 for 179 yards and a touchdown along with an interception.

Josh Cunningham led Tennessee Tech with seven receptions for 63 yards while Melvin Holland Jr. stretched the field a bit with three catches for 50 yards. Andrew Goldsmith gave the Golden Eagles some punch on the ground with 86 yards on 12 carries while Fisher added 38 yards on eight touches.

The Utah State Aggies bounced back from a disappointing loss at Michigan State to rout New Mexico State 60-13 to even their record at 1-1. Utah State racked up a 448-280 edge in real estate with a 5-2 turnover advantage while scoring on a pick six and kick return.

USU quarterback Jordan Love connected on 14-27 for 159 yards and a touchdown and interception. Ron’Quavion Tarver gave Utah State a game high five catches for 41 yards while Gerald Bright rambled for 134 yards on 14 touches followed by Darwin Thompson totaled 96 yards on six totes with both scoring.

If Utah State takes this seriously this game gets out of hand and the biggest worry is the Aggies call off the dogs too soon...