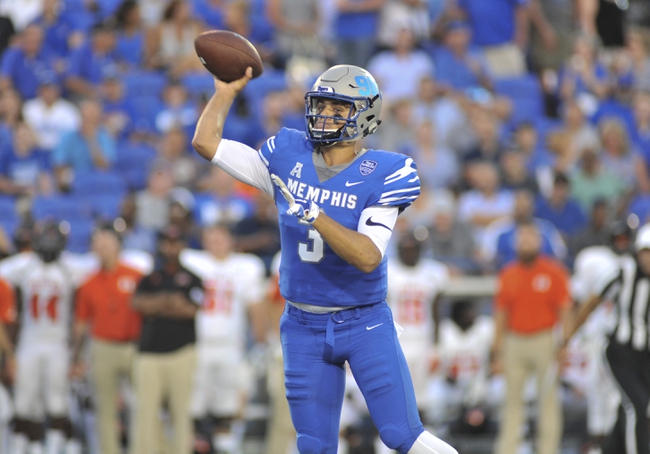 The Memphis Tigers look for a bounce back victory after losing a heartbreaker last week to the Navy Midshipmen, 21-22. The Memphis Tigers have won 10 of their last 13 home games. Brady White is completing 69.8 percent of his passes for 503 yards, five touchdowns and one interception. White has seven touchdown passes in 102 career pass attempts. Damonte Coxie and Patrick Taylor Jr. have combined for 200 receiving yards and two touchdowns while Pop Williams has 10 receptions. The Memphis Tigers ground game is averaging 278.5 yards per contest, and Darrell Henderson leads the way with 288 yards and four touchdowns. Defensively, Memphis is allowing 18 points and 245 yards per game. Curtis Akins leads the Memphis Tigers with 13 tackles, Jacoby Hill has one sack and T.J. Carter has one interception.

The Memphis Tigers seem to be much improved defensively this season and are a last minute touchdown away from being 2-0 on the season and looking like an AAC contender. The Georgia State Panthers looked awful against NC State last week and haven't shown much life on the defensive side of the ball through two games. There's good reason Memphis is a big favorite at home here. However, Georgia State has been a covering machine on the road the last few years with a 22-9 record in their last 31 games, and they've covered 18 of their last 25 games overall when an underdog of at least 14 points. Those are two trends that are very tough to turn down and sometimes it's best to blindly follow trends that are that strong. Georgia State is a money making machine ATS on the road and when big underdogs. I'll take the points.