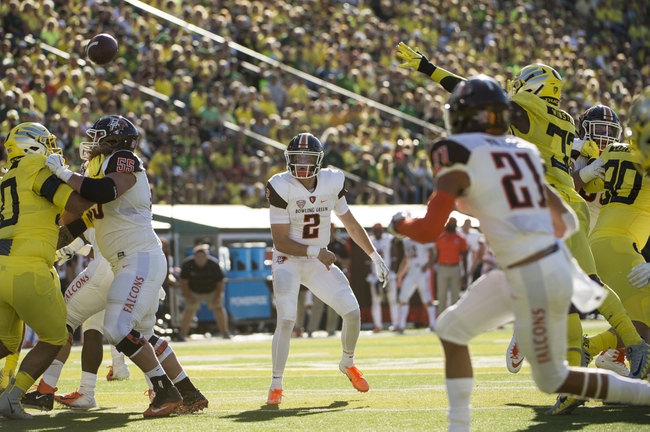 The Eastern Kentucky Colonels never found the groove offensively in falling to Marshall 32-16 in week two. Eastern Kentucky held the Thundering Herd to 367 yards with four turnovers but mustered just 198 yards of their own and gave the ball away three times.

The Colonels passing attack was a non factor with a 7-19 effort from three passers resulting in 48 yards and three interceptions. The Eastern Kentucky ground game saw Alphonso Howard grind out 64 yards on 13 carries while LJ Scott ran seven times for 35 yards.

The Bowling Green Falcons rugged early season schedule has the team staring at an 0-2 start following a 45-14 loss to visiting Maryland as a 14 point home dog. Bowling Green was outgained 565-158 with the Terps racing up 444 rushing yards.

Falcons quarterback Jarret Doege connected on 17-27 for 143 yards and a pair of touchdowns along with an interception but nothing stretched the field through the air.

Quinton Morris led the BGSU receiving corps with a game high five receptions for 85 yards and a touchdown while Andrew Clair topped the running game with 44 yards on 16 touches.

The number looks to be on the money so I'd tread lightly or look elsewhere...