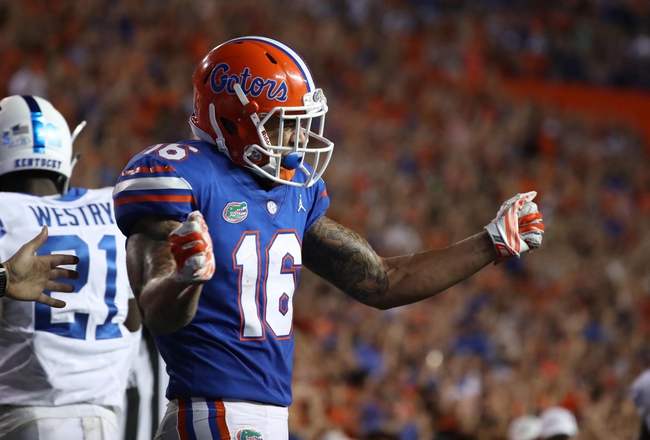 The Colorado State Rams and the Florida Gators face off in college football action from Florida Field at Ben Hill Griffin Stadium in Gainesville, FL on Saturday afternoon.

The Colorado State Rams will be looking to build on a come from behind 34-27 win over Arkansas in their last outing. K.J. Carta Samuels threw for 2 touchdowns and an interception with 389 passing yards on 32 of 47 passing, while Izzy Matthews logged 27 rushing yards and a touchdown on 9 carries. Preston Williams hauled in a team-high 12 passes for 154 yards and 2 touchdowns while Cameron Butler logged 4 catches for 107 yards. The Rams combined for a pair of interceptions on the defensive end, while Braylin Scott led the Rams with 5 tackles and Emmanuel Jones added a sack in the win.

The Florida Gators will be looking to bounce back after having one of the longest winning streaks against a single opponent in the country broken, falling to Kentucky for the first time since 1986 by a final score of 27-16. Feleipe Franks threw for 232 yards, 2 touchdowns and an interception on 17 of 38 passing, while also leading the Gators in rushing with 44 yards on 11 carries. Kadarius Toney had a team-high 35 receiving yards while Jordan Scarlett came right behind with 34 yards. Freddie Swain had a team-high 3 catches for 30 yards and a touchdown while Moral Stephens added a TD grab of his own in the loss. Defensively, CJ Henderson recorded an interception while Vosean Joseph led the Gators with 5 tackles as Florida allowed 454 yards of total offense, including 303 rushing yards to Kentucky in the loss.

Colorado State won as massive underdogs at home, but now have to go on the road to face a potentially dangerous Florida team that’s going to be angry after being a note in history after allowing their lengthy winning streak against Kentucky to be snapped. However, Kentucky showed it’s possible to go on the road as double-digit underdogs against Florida and win outright, so while I’m not saying the Rams win straight up, I think there’s more than enough talent to ride the momentum from the win over Arkansas to a cover here so I’ll take Colorado State and the points.