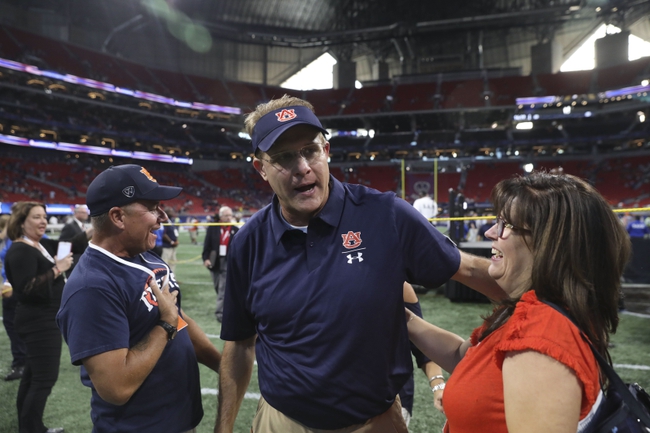 The LSU Tigers look for a statement road victory to start 3-0 for the first time since 2015. The LSU Tigers have won three of their last four road games. Joe Burrow is completing 47.7 percent of his passes for 291 yards, two touchdowns and zero interceptions. Burrow has two touchdown passes in his last 55 pass attempts. Justin Jefferson and Stephen Sullivan have combined for 190 receiving yards and one touchdown while Ja'Marr Chase has four receptions. The LSU Tigers ground game is averaging 170 yards per contest, and Nick Brossette leads the way with 262 yards and two touchdowns. Defensively, LSU is allowing 8.5 points and 298 yards per game. Devin White leads the LSU Tigers with 19 tackles, Grant Delpit has two sacks and Jacob Phillips has one interception.

The Auburn Tigers also look for their biggest win of the season to start 3-0 for the first time since 2014. The Auburn Tigers haven’t lost a home game since September of 2016. Jarrett Stidham is completing 68.1 percent of his passes for 386 yards, two touchdowns and zero interceptions. Stidham has one or less touchdown passes in each of his last five games. Ryan Davis and Anthony Schwartz have combined for 151 receiving yards and one touchdown while Chandler Cox has four receptions. The Auburn Tigers ground game is averaging 288 yards per contest, and JaTarvious Whitlow leads the way with 150 yards and one touchdown. Defensively, Auburn is allowing 12.5 points and 301.5 yards per game. Deshaun Davis leads the Auburn Tigers with 11 tackles, Big Kat Bryant has two sacks and Daniel Thomas has two interceptions.

The LSU Tigers are missing a couple of key players in the trenches, which isn't what you want to see in a big game on the road. However, LSU is a motivated bunch that has found ways to overcome the odds already this season, which includes wiping the floor with a solid Miami team. The Auburn Tigers have an elite defense and the offense usually thrives with the tempo at home, but Stidham hasn't exactly been the difference maker at quarterback recently and that's going to allow talented teams in stay in games. There's something special about this LSU team, as they've seem to come together and are thriving on the low expectations. LSU is playing like a disrespected team and is eager to prove doubters wrong. Not saying LSU wins, but this game will be a close, defensive blood bath.