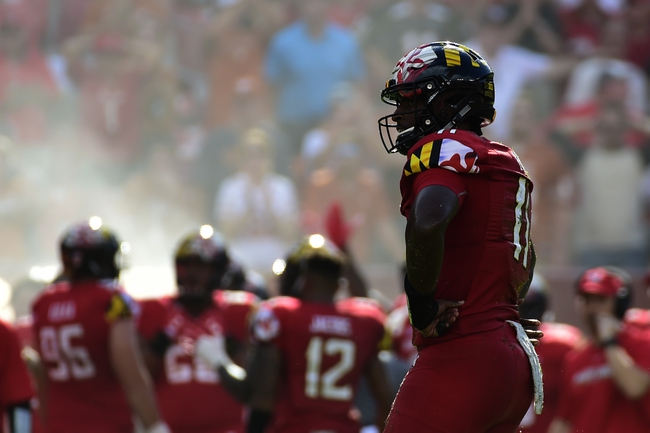 The Temple Owls could use a feel good victory here in order to avoid their first 0-3 start since the 2013 season. The Temple Owls have split their last six road games. Frank Nutile is completing 52.4 percent of his passes for 401 yards, four touchdowns and four interceptions. Nutile has two or more touchdown passes in four of his last seven games. Branden Mack and Ventell Bryant have combined for 211 receiving yards and two touchdowns while Isaiah Wright has six receptions. The Temple Owls ground game is averaging 80.5 yards per contest, and Ryquell Armstead leads the way with 138 yards on 28 carries. Defensively, Temple is allowing 27.5 points and 416 yards per game. Shaun Bradley leads the Temple Owls with 16 tackles, Quincy Roche has one sack and Sam Franklin has one interception.

I'm not ready to jump on the the Maryland Terrapins bandwagon, but this team is 2-0 and neither game was at home. Maryland has shown to be very explosive offensively and is getting after the quarterback while creating turnovers on defense. The Temple Owls have done nothing in two games against subpar comp and have had issues holding onto the football. Again, I'm not ready to say Maryland is a good football team capable of covering big numbers at this point, but we have no reason to even consider backing Temple with the way its played its first two games. Give me the Terps in a blowout.