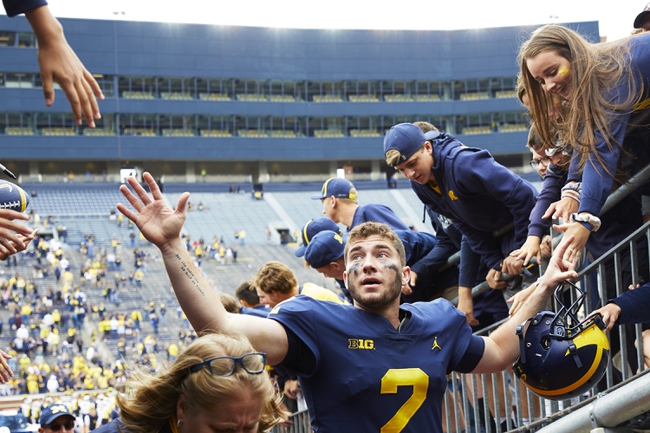 The SMU Mustangs would love a monster upset road victory to prevent their first 0-3 start since the 2014 season. The SMU Mustangs have lost eight of their last 11 road games. Ben Hicks is completing 48.4 percent of his passes for 363 yards, two touchdowns and one interception. Hicks has two or more touchdown passes in 14 of his last 18 games. James Proche and Braeden West have combined for 227 receiving yards and two touchdowns while Reggie Roberson Jr. has six receptions. The SMU Mustangs ground game is averaging 67.5 yards per contest, and West leads the way with 104 yards and two touchdowns. Defensively, SMU is allowing 44 points and 458 yards per game. Patrick Nelson leads the SMU Mustangs with 19 tackles, Delontae Scott has 0.5 sacks and Shaine Hailey has one interception.

The SMU Mustangs have done little to nothing on the offensive end and has yet to face a defense like the Michigan Wolverines. TCU is good defensively, but it's not Michigan, and that game was at home. It's odd to see a team led by an experienced quarterback, Sonny Dykes and Rhett Lashlee struggle the way it has, but here we are. The Michigan Wolverines are coming off a blowout win over Western Michigan and have now covered five of their last seven games when favored by at least 25 points. This is another game where the Wolverines should steamroll their opponent, as the SMU Mustangs are outmatched at both ends of the field.