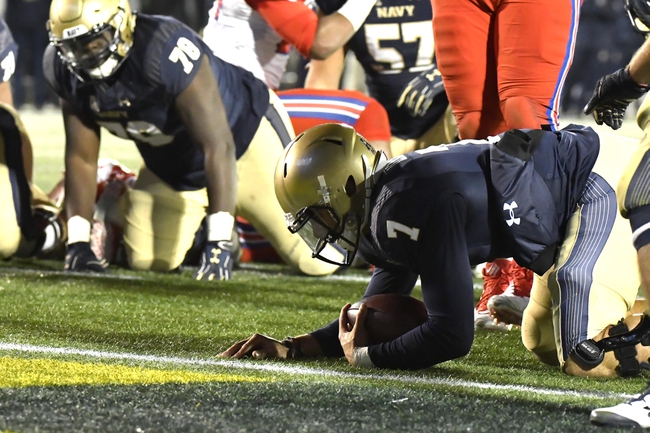 The Navy Midshipmen look for another home victory to win at least two of the first three games for the sixth straight year. The Navy Midshipmen have won 11 of their last 13 home games. Garret Lewis is completing 54.5 percent of his passes for 79 yards, zero touchdowns and zero interceptions. Lewis and Malcolm Perry have combined for one touchdown pass and zero interceptions. Taylor Jackson and CJ Williams have combined for 95 receiving yards on seven receptions while Trey Walker has one reception. The Navy Midshipmen ground game is averaging 295 yards per contest, and Perry leads the way with 274 yards and three touchdowns. Defensively, Navy is allowing 40 points and 450 yards per game. Sean Williams leads the Navy Midshipmen with 14 tackles, Taylor Heflin has two sacks and Jarid Ryan has one interception.

The under is 5-1 in Midshipmen last 6 games following a ATS win.

The Lehigh Mountain Hawks were already outmatched as it is playing an FBS team, but now they have to play one of the more complex offenses in the sport and didn't have much time to prepare for it. Navy bounced back nicely with a win over Memphis and is one of those teams that does a fine job of replacing talent in its system. Lehigh simply doesn't have the athletes or the expereince to defend this triple-option. I'll take Navy in this game, but the chalk is rather steep, which opens the possiblity of a backdoor cover. Tread lightly here.