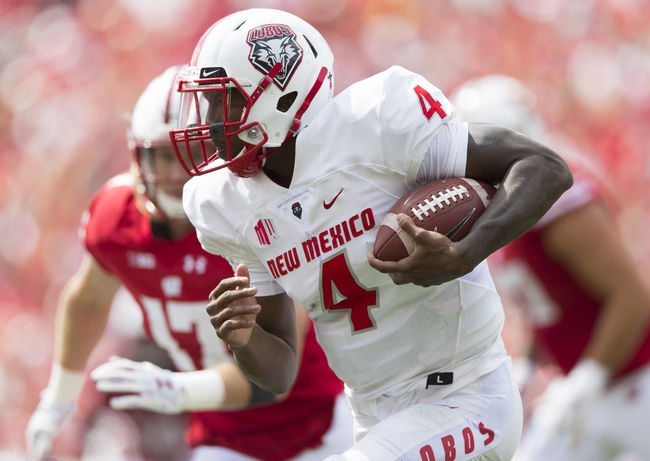 The New Mexico Lobos suffered through a second half meltdown in a 45-14 loss at Wisconsin in week to fall to 1-1. New Mexico led 7-0 and trailed just 10-7 at the half but struggled in all areas over the final two quarters with a 568-211 difference in yards telling the story.

The New Mexico quarterback duo of Tevaka Tuioti and Sheriron Jones combined to complete 14-24 for 134 yards with a touchdown each with Jones tossing a pair of interceptions.

Elijah Lilly and Delane Hart-Johnson caught scoring throws for the Lobos while Tyrone Owens paced the ground game with 57 yards on 13 carries.

The New Mexico State Aggies struggled in all areas of a 60-13 defeat at Utah State as a 24 point favorite Saturday. New Mexico State was outgained 448-280 and turned the ball over five times while allowing a 100 yard kick return.

Aggies quarterback Matt Romero connected on 18-33 for 161 yards and a TD and three interceptions including a pick six. Drew Dan led NMSU with four catches for 56 yards while Jonathan Boone caught two passes for 28 yards and a TD.

Christian Gibson and Royce Caldwell gave New Mexico State a decent effort on the ground with a combined 20 touches for 110 yards.