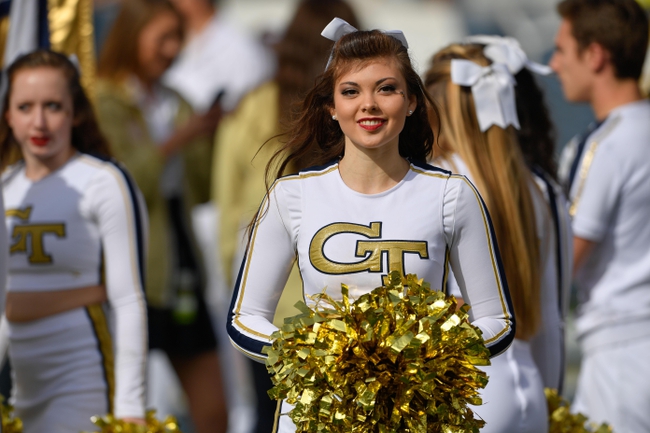 The Georgia Tech Yellow Jackets and the Pittsburgh Panthers will be matching up in college football action from Heinz Field on Saturday.

Georgia Tech is currently sitting at 1-1 on the season. The Jackets rolled over Alcorn State in the opener 41-0, but then fell in a rough game against USF this past Saturday 49-38.

The Yellow Jackets are led by TaQuon Marshall this season, and he’s got 287 pass yards with two TDs and three picks, while also leading the team in rushing with 190 yards and two scores. Clinton Lynch is the top Georgia Tech receiver with 111 yards and one TD.

Pittsburgh is currently 1-1 on the year as well. The Panthers started out with a nice 33-7 win over Albany but then looked completely overmatched in a rain-soaked game against in-state rival Penn State Saturday with a 51-6 loss.

Kenny Pickett leads the Panthers at QB this year with 209 yards, two TDs and two picks, while Qadree Ollison is the top rusher on 192 yards and a TD. Leading Pitt in receiving is Taysir Mack with 53 yards on four catches.

The biggest benefit the Jackets have coming into this season is that they know who they are; GT’s game plan is basically to run, run and run some more. That philosophy also needs support from passing efficiency and strong defense, which has had mixed results so far. Pittsburgh’s biggest priority should be forgetting about that sloppy Penn State game and getting back into a rhythm. I think the Panthers will dust themselves off and play better here, so I’m taking Pitt to cover. Probably a game to stay away from, though.