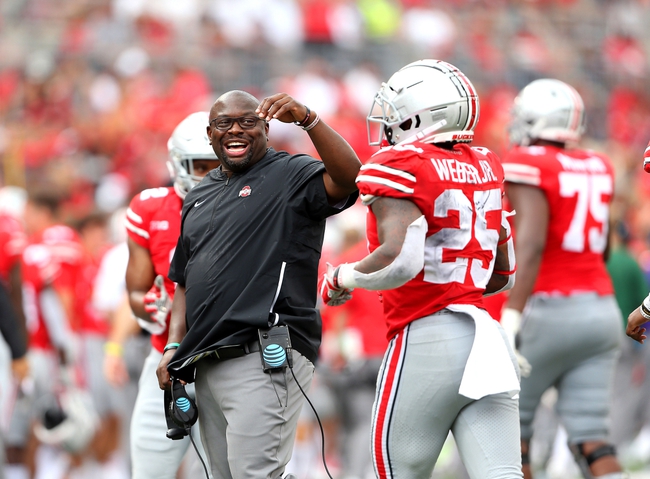 The TCU Horned Frogs look to become true national title contenders while starting 3-0 for the fourth time in the last five years. The TCU Horned Frogs have won six of their last nine non-home games. Shawn Robinson is completing 62.3 percent of his passes for 336 yards, four touchdowns and one interception. Robinson and Michael Collins have combined for six touchdown passes this season. KaVontae Turpin and Jalen Reagor have combined for 209 receiving yards and two touchdowns while TreVontae Hights has one reception. The TCU Horned Frogs ground game is averaging 234 yards per contest, and Robinson leads the way with 112 yards and three touchdowns. Defensively, TCU is allowing 9.5 points and 213.5 yards per game. Arico Evans leads the TCU Horned Frogs with 10 tackles, Corey Bethley has three sacks and Ridwan Issahaku has one interception.

The Ohio State Buckeyes seem to be playing angry, motivated football and are out to prove a point without their head coach on the sidelines. The problem I have is that the TCU Horned Frogs are a very talented team and led by one of the better coaches in the country in Gary Patterson, a coach who always has his players ready and in the best position to win. The Horned Frogs have the athletic defense to slow donw this OSU offense, and Robinson is a difference maker at quarterback who will make enough plays to keep TCU in the game. TCU is 9-1 ATS in its last 10 games when an underdog of at least seven points, while Ohio State is just 10-10 ATS in its last 20 games as a double-digit favorite. Give me the points.