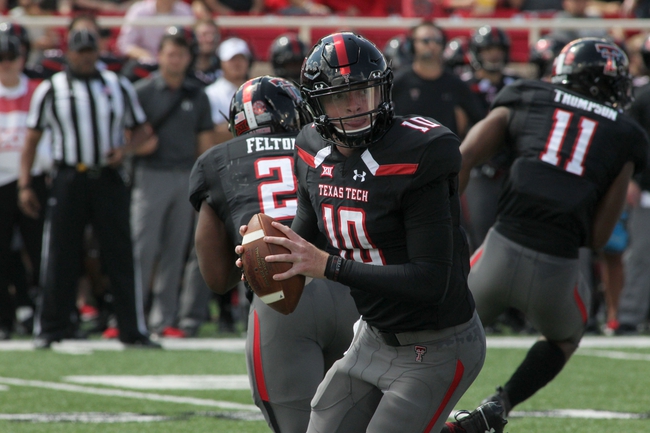 The Houston Cougars look for their second road win of the season to start 3-0 for the third time in the last four years. The Houston Cougars have won four of their last six road games. D’Eriq King is completing 58.6 percent of his passes for 566 yards, seven touchdowns and zero interceptions. King has nine combined touchdown passes in his last four games. Marquez Stevenson and Keith Corbin have combined for 284 receiving yards and three touchdowns while Courtney Lark has eight receptions. The Houston Cougars ground game is averaging 277 yards per contest, and Patrick Carr leads the way with 136 yards and one touchdown. Defensively, Houston is allowing 22.5 points and 485 yards per game. Austin Robinson leads the Houston Cougars with 19 tackles, Isaiah Chambers has three sacks and Garrett Davis has two interceptions.

The Texas Tech Red Raiders don't get points for beating up on Lamar. We need to see Texas Tech actually show up against a quality team before laying chalk with them, even at home where they don't cover games. Texas Tech continues to struggle defensively and looks lost when it plays a decent team time and time again. The Houston Cougars have not only been one of the more cosnsitent teams overall, but they have been very solid ATS and they play defense. It's much easier to trust Houston, and you can argue we're getting free points with the better team. So, give me Houston and my free field goal.