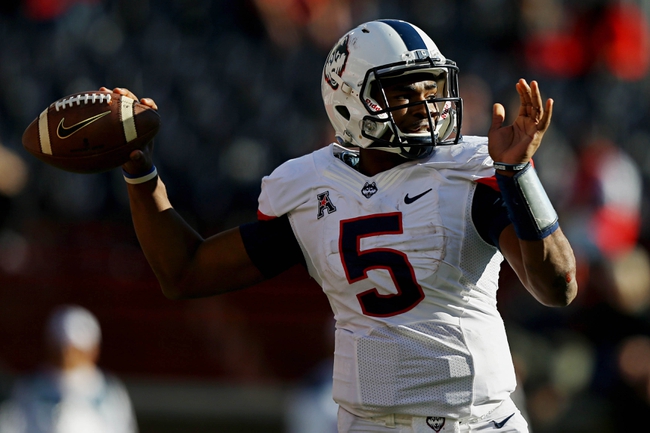 The UConn Huskies look for a feel good victory to avoid their first 0-3 start since the 2013 college football season. The UConn Huskies have lost five of their last six home games. David Pindell is completing 61.3 percent of his passes for 337 yards, two touchdowns and two interceptions. Pindell has at least one touchdown pass in each of his last five games. Kyle Buss and Aaron McLean have combined for 178 receiving yards and one touchdown while Hergy Mayala has six receptions. The UConn Huskies ground game is averaging 171 yards per contest, and Pindell leads the way with 197 yards and one touchdown. Defensively, UConn is allowing 59 points and 735 yards per game. Tyler Coyle leads the UConn Huskies with 24 tackles, Kevon Jones has 1.5 tackles for loss and Tahj Herring-Wilson has two pass deflections.

If the UConn Huskies are going to win a game any time soon this season, it has to take place here. Yes, UConn has been god awful and is argubly the worst defensive team in college football two weeks into the season. However, UConn also played two established programs that are cosnsitently in the top 25 polls. The Rhode Island Rams are a drastic step down in comp and are one of the few teams UConn should be able to bully in the trenches. If the Huskies can't win this game by double digits, the problems are even worse than I thought. Give me UConn and the reasonable chalk, as this is a game the home team should cruise.