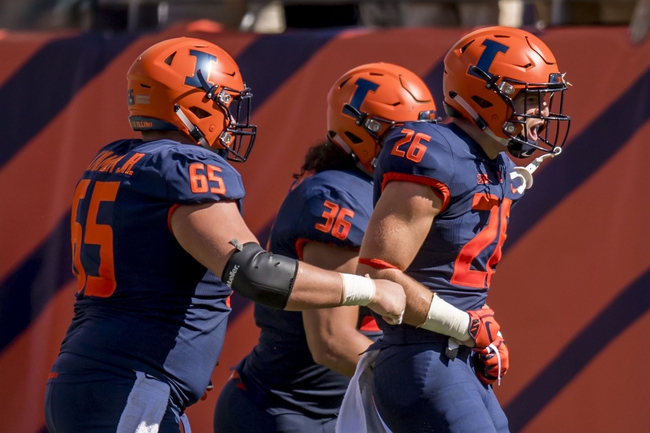 The Penn State Nittany Lions have beaten the hell out of their last two opponents after a near loss opening week. However, this does feel like a trap game for PSU with a monster Big Ten clash against Ohio State on deck. The Illinois Fighting Illini are off to one of their best starts in years and would be 3-0 SU if it weren't for a big fourth quarter comeback against USF. The Illinois Fighting Illini have covered six of their last nine games when an underdog of at least 20 points. Illinois has to be feeling itself a bit with the way this season has started, and weekeday games have a history of being kind to home underdogs. I expect a big crowd and for the Fighting Illini to make a game of this thing. I'm taking a stab with the points here, as Illinois is playing its best football in years and Penn State is in a serious look ahead spot.