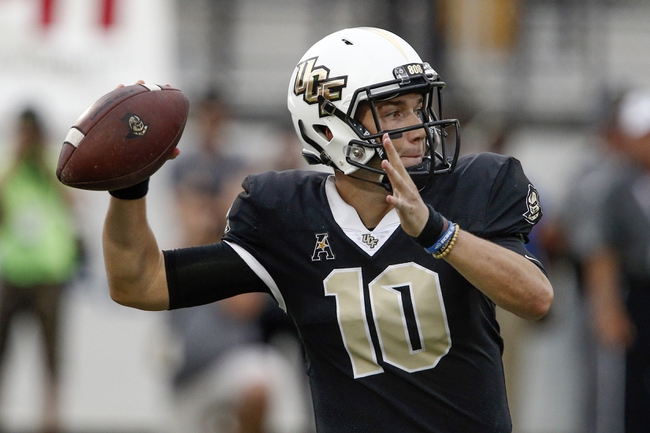 The UCF Knights haven’t lost since December of 2016 and had an extra week to prepare after their game against North Carolina was canceled. The UCF Knights haven’t lost a home game since December of 2016. McKenzie Milton is completing 63.4 percent of his passes for 589 yards, six touchdowns and three interceptions. Milton has a combined 13 touchdown passes in his last four games. Tre Nixon and Gabriel Davis have combined for 305 receiving yards and four touchdowns while Dredrick Snelson has 11 receptions. The UCF Knights ground game is averaging 306 yards per contest, and Adrian Killins Jr. leads the way with 127 yards and three touchdowns. Defensively, UCF is allowing 8.5 points and 371.5 yards per game. Pat Jasinski leads the UCF Knights with 18 tackles, Brendon Hayes has one sack and Richie Grant has two interceptions.

The UCF Knights have had an extra week to prepare for this game, but this is also the first time this year they've played real competition, as games against UConn and South Carolina State don't do anything for me. The FAU Owls gained serious experience in the beatdown against the Oklahoma Sooners, and Singletary, the most underrated running back in the country, is back to running over defenses. You know Lane Kiffin will have some creative offensive packages to unleash in this game and the Knights defense has had issues stopping the run at times, as they have allowed 16 runs of 10-plus yards in two games. The UCF Knights are also just 2-5-1 ATS in their last eight games when a double-digit favorite. The Owls should be able to keep up offensively in what should be a back and forth game. I like the points here.