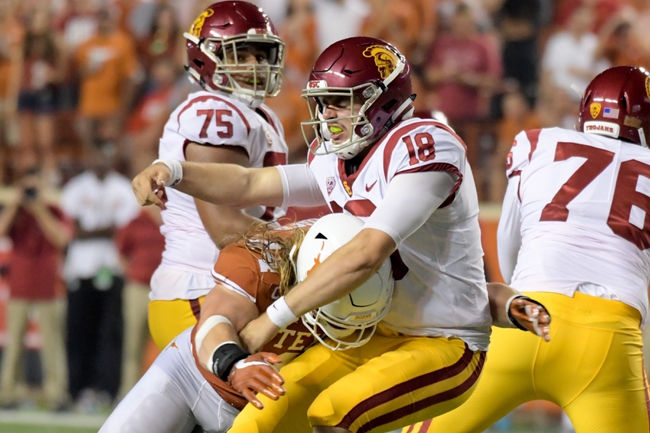 The USC Trojans need a feel good victory here to get back to a .500 record. The USC Trojans haven’t lost a home game since October of 2015. JT Daniels is completing 57.3 percent of his passes for 819 yards, one touchdown and three interceptions. Daniels has 10 pass completions of 25-plus yards this season. Amon-Ra St. Brown and Tyler Vaughns have combined for 461 receiving yards and one touchdown while Michael Pittman Jr. has eight receptions. The USC Trojans ground game is averaging 109.3 yards per contest, and Aca'Cedric Ware leads the way with 167 yards and one touchdown. Defensively, USC is allowing 25 points and 380.3 yards per game. Cameron Smith leads the USC Trojans with 25 tackles, Porter Gustin has 3.5 sacks and Isaiah Langley has four pass deflections.

The Washington State Cougars and the points are worth a strong look here when you consider they've covered nine of their last 13 games when an underdog of at least three points. The USC Trojans have been very shaky on the defensive side and have a quarterback who hasn't exactly played well in his first few games. USC has also failed to cover 10 of its last 14 games when a favorite of at least three points. If going with a side here, I'd want the points and Washington State. However, my pick here will be with the over. Both of these teams should be able to get what they want offensively, especially Washington State, who throws the ball a ton and has produced an over in five of its last six games. Also, eight of the last 10 meetings between Washington State and USC have combined for no less than 50 points. Expect some fireworks Friday night, and instead of playing with the spead, make a safer bet by siding with the over.