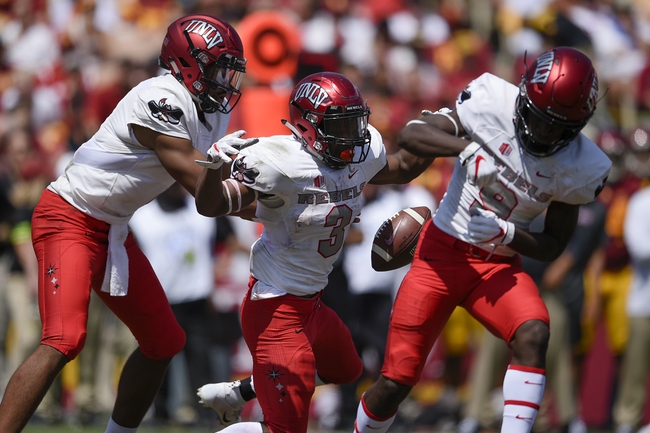 The UNLV Rebels will travel to Centennial Bank Stadium to take on the Arkansas State Red Wolves this Saturday night in College Football action.

UNLV is a team that is on the rise as the Rebels gave USC more of a game than anyone expected int their season opener and has steamrolled their two other weaker opponents in UTEP and Prairie View. Arkansas State is one of the best teams in the Sub Belt this season and has an offense that can put points up in a hurry just like we saw last season, when they averaged 37.8 ppg. I expect this to be a high scoring shootout and although the Red Wolves will be tough to beat on the road, UNLV has an offense that should be able to keep up with Arkansas State and I’ll think they’ll due just enough to cover with the points.