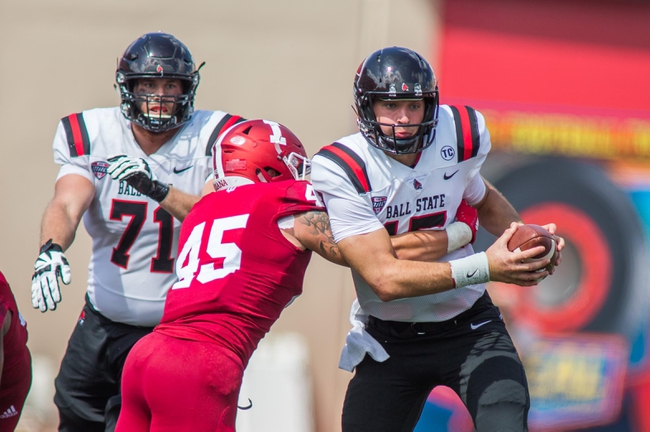 The Western Kentucky Hilltoppers have not been able to get their offense and defense on the same page and the result is an 0-3 record following a 20-17 defeat at Louisville in week three.

D’Andre Ferby led Western Kentucky on the ground with 74 yards on 16 carries while Quin Jernighan and Lucky Jackson each caught four passes for a combined 122 yards.

A week after a near upset of Notre Dame the Ball State Cardinals were a non factor in a 38-10 defeat at Indiana as a 15 point underdog in week three. Ball State was outgained 457-347 and had virtually no passing game to turn to.

Cardinals quarterback Riley Neal was 12-24 for 115 yards and ran for 35 yards on ten totes while Drew Plitt hit on 2-4 for 28 yards and an interception.

Corey Lacanaria caught four balls for 40 yards James Gilbert was the only Cardinals runner of note with 89 yards on 16 touches with a 27 yard touchdown dash.

Western Kentucky has been surprisingly poor offensively while Ball State has shown ability. I’ll back the Cardinals for now but neither squad is a sure thing…