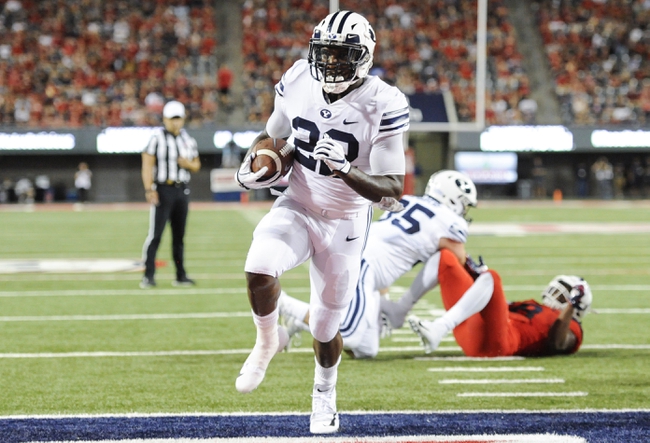 The McNeese Cowboys will travel to LaVell Edwards Stadium to take on the 25th ranked BYU Cougars this Saturday night in College Football action.

The FCS McNeese Cowboys improved to 3-0 on the young season after defeating the Nicholls Colonels, 20-10 this past Saturday. In a key early season match-up in the Southland conference, McNeese was able to pull away early in the 4th quarter after a Gunnar Raborn 42-yard FG gave the Cowboys a 20-3 lead with 11:53 left in regulation. Leading the way for the Cowboys was James Tabary who completed 14 of 19 passes for 133 yards and 2 TD’s. On the season, McNeese is averaging 29.3 ppg on 373.0 total yards per game (239.3 passing yds/g; 133.7 rushing yds/g). Offensively, McNeese has been led by QB James Tabary who has completed 73.0% of his passes for 6 TD & 1 INT while averaging 231.3 passing yds/g. The top receivers for Tabary and the Cowboys have been Cyron Sutton (11 rec; 153 yards; 2 TD), Parker Orgeron (7 rec; 109 yards), and Kylon Highshaw (9 rec; 91 yards; 2 TD). Leading the way for the McNeese backfield has been Justin Pratt who had a TD on the season while averaging 56.0 rushing yds/game. Defensively, McNeese is holding their opponents to an average of 19.3 ppg on 385.3 total yards per game (288.67 passing yds/g; 96.7 rushing yds/g).

Trends will be updated when/if they are released.

BYU is coming off an incredible upset win however, it will be important for BYU not to overlook McNeese as this is a team that went 9-2 last season and could easily be a top-10 FCS steam by the end of the season. BYU played pretty much a prefect game agianst the Badgers and although their offense will at times struggle putting points on the board, the Cougars defense is solid and it’s going to be hard for any team to match the physicality that BYU brings to the game. This game has yet to be lined however, between the fact that I feel the line will be a bit inflated due to the Cougars victory over the Badgers and that McNeese is a solid team that can give teams trouble defensively, my initial thoughts is to take McNeese as I expect their going to be getting a bunch of points.