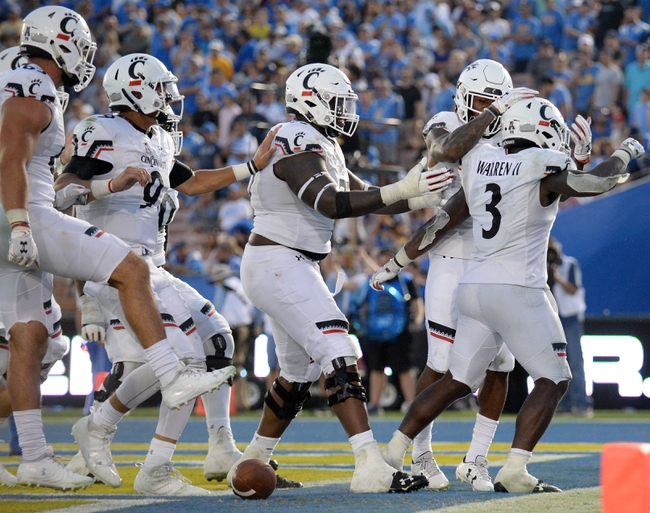 The Ohio Bobcats look for their first road win of the season to get a game above a .500 record. The Ohio Bobcats have lost five of their last eight road games. Nathan Rourke is completing 46.2 percent of his passes for 290 yards, two touchdowns and zero interceptions. Rourke and Quinton Maxwell have combined for four touchdown passes and zero interceptions. Papi White and Cameron Odom have combined for 340 receiving yards and three touchdowns while Jerome Buckner has two receptions. The Ohio Bobcats ground game is averaging 132 yards per contest, and Maleek Irons leads the way with 95 yards and two touchdowns. Defensively, Ohio is allowing 38.5 points and 598.5 yards per game. Kylan Nelson leads the Ohio Bobcats with 15 tackles, Will Evans has one sack and Evan Croutch has one interception.

The Ohio Bobcats have been a covering machine on the road dating back to last season and will be up for this game given that it's an in-state battle between a bunch of kids who probably know each other or went to the same high school. The problem is that the Cincinnati Bearcats have been one of the more impressive teams through the first few weeks, and they're led by a defense that's given up a combined seven points in their last nine quarters. That's a crazy stat. The Cincinnati Bearcats are currently third in the country in yards allowed per game, they're getting after the quarterback, making plays in the backfield and have broken up 10 passes. Cincinnati is really playing fine football and is tough to bet against. I'm riding the hot hand and taking the Bearcats to win by double digits.