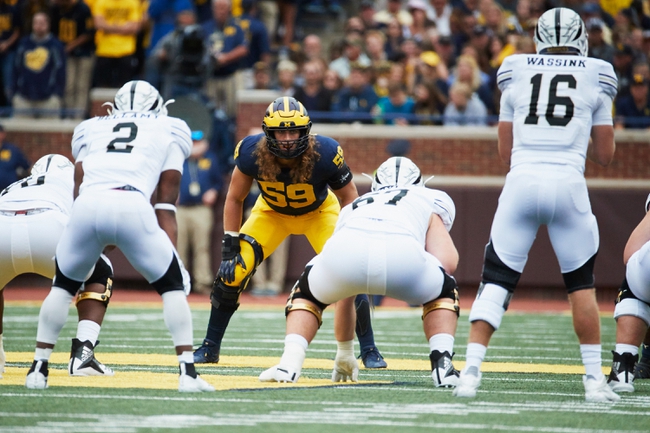 The Western Michigan Broncos take on the Georgia State Panthers in an interconfertnce college football matchup from Parker H. Petit Field in Atlanta on Saturday afternoon.

The Western Michigan Broncos will be looking to get back to .500 after taking down Delaware State by a final score of 68-0 for their first win of the season. Jon Wassink has completed 58% of his 100 pass attempts this season with 5 touchdowns and 3 interceptions while LeVante Bellamy leads the Broncos in rushing with 268 rushing yards and 3 touchdowns on 29 carries. D’Wayne Eskridge is the Broncos’ top receiver with 10 catches for 260 yards and 2 touchdowns while Jayden Reed has pulled in a team-high 12 passes this season. Through the first three games, the Broncos are averaging 452 yards of total offense and 37.7 points per game this season, while also getting it done on the defensive side of the ball, allowing the 6th fewest passing yards per game with 125.7 per game this season.

The Georgia State Panthers will also be looking to climb back to .500 after dropping back-to-back outings, including a 59-22 loss to Memphis last time out. Dan Ellington has completed 61% of his 82 pass attempts this season for 488 yards, 3 touchdowns and an interception while Destin Coates is GSU’s leading rusher with 120 yards on 20 carries. Penny Hart is Georgia State’s lone 100-yard receiver this season with a team-high 12 catches for 134 yards this season. Georgia State’s offense is averaging 326 yards per game through the first three games this season while scoring just 17.7 points per game this season.

I’m not reading too much into Western Michigan routing Delaware State, however the Broncos have had a slightly tougher schedule in my opinion compared to Georgia State. The problem for Georgia State is that the Broncos have found scoring points much easier than the Panthers have and have been solid on the road for a few seasons now. All in all, I’ll side with the Broncos to keep up their offensive prowess and I’ll lay the points on the road here.