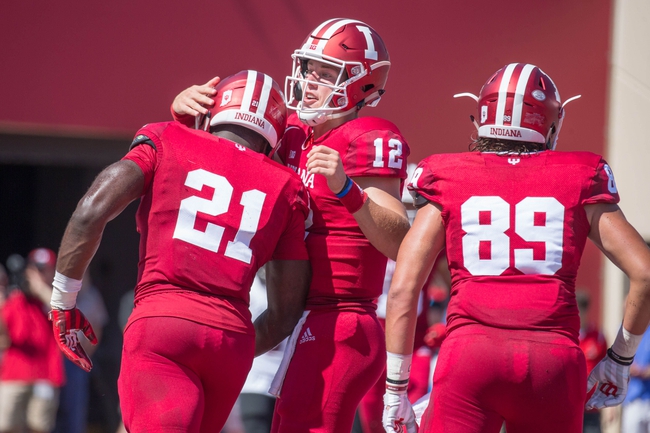 The Indiana Hoosiers look for a statement home win to start 4-0 for the second time in the last four years. The Indiana Hoosiers have won five of their last seven home games. Peyton Ramsey is completing 73.7 percent of his passes for 479 yards, five touchdowns and two interceptions. Ramsey has eight touchdown passes in his last four games. Luke Timian and Donavan Hale have combined for 254 receiving yards and three touchdowns while Nick Westbrook has nine receptions. The Indiana Hoosiers ground game is averaging 235 yards per contest, and Stevie Scott leads the way with 388 yards and three touchdowns. Defensively, Indiana is allowing 18 points and 322.7 yards per game. Jonathan Crawford leads the Indiana Hoosiers with 15 tackles, Jerome Johnson has one sack and Isaac James has one interception.

The Michigan State Spartans have had an extra week to prepare for this game, but I'm not sure any of that matters unless the offense can improve. Michigan State has struggled to run the football through two games and is coming off a game against Arizona State in which it couldn't get anything going. The Indiana Hoosiers are feeling themselves a bit and the defense has improved by leaps and bounds when you compare it to the last few years. While we're still young in the season, the Indiana Hoosiers have looked like the better team up to this point. The Michigan State Spartans have also failed to cover eight of their last nine road games when favored by at least three points. Give me Indiana and the points at home.