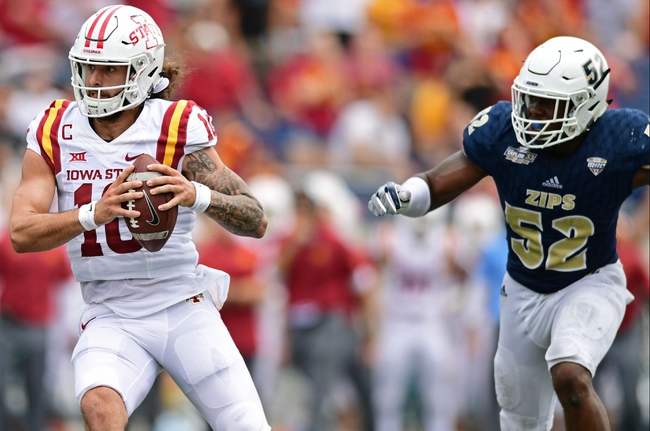 The Akron Zips improved to 2-0 with a 39-34 road win at Northwestern as a 21 point underdog. Akron was outgained 491-367 but a 36-13 second half rally that featured a pair of interception returns for scores from Alvin Davis along with a fumble return for another TD keyed the Zips comeback.

The Zips saw quarterback Kato Nelson complete 17-28 for 277 yards and a pair of touchdowns.

Kwadarrius Smith topped the Zips receiving corps with six catches for 90 yards followed by Andre Williams with three receptions for 85 yards and a score. Vann Edwards Jr. topped Akron on the ground with 53 yards on 14 carries and Nelson added 37 yards on 15 totes.

The Iowa State Cyclones are still looking for their first win after a 37-27 defeat against Oklahoma in week three as an 18 point home dog. Iowa State was outgained 519-447 and were one dimensional with nothing significant happening on the ground.

Zeb Nolan led a sold Cyclones passing attack, completing 25-36 for 360 yards and a pair of touchdowns against an interception.

Hakeem Butler paced ISU with five receptions for 174 yards with 51 yard and 57 yard TD catches while David Montgomery ran for 82 yards on 21 touches including a short scoring plunge of one yard.