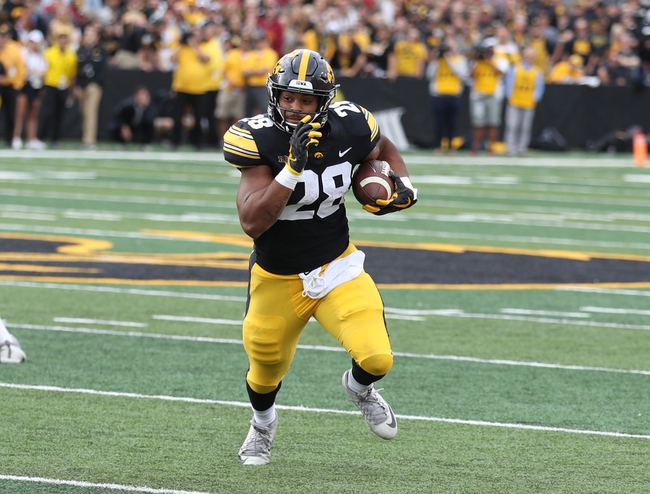 The Iowa Hawkeyes look for a statement conference victory to start 4-0 for the second time in the last four years. The Iowa Hawkeyes have won six of their last seven home games. Nate Stanley is completing 63.3 percent of his passes for 583 yards, three touchdowns and two interceptions. Stanley has one or less touchdown passes in seven of his last 10 games. Noah Fant and Nick Easley have combined for 258 receiving yards and three touchdowns while T.J. Hockenson has 12 receptions. The Iowa Hawkeyes ground game is averaging 173.6 yards per contest, and Toren Young leads the way with 234 yards and two touchdowns. Defensively, Iowa is allowing eight points and 209 yards per game. Kristian Welch leads the Iowa Hawkeyes with 19 tackles, A.J. Epenesa has four sacks and Amani Hooker has one interception.

The Wisconsin Badgers will be eager to bounce back from a rough home loss to the BYU Cougars in which they were 23.5 point favorites. Wisconsin has also won five of the last six games against Iowa and is 11-4 ATS in its last 15 road games when favored by at least three points. On the flipside, the Iowa Hawkeyes are 14-5-1 ATS in their last 20 games when a home underdog of any kind. Iowa also seems to be getting offensively while the defene continues to show up. Iowa is second in the country in yards per game allowed while averaging four sacks per game, which is tied for fourth in college football. The Wisconsin Badgers have had issues in pass protection, and they haven't faced a defense as aggressive as Iowa. We're probably getting the better team at home and free points. Just don't tell anybody. Take the Hawkeyes and the gift.