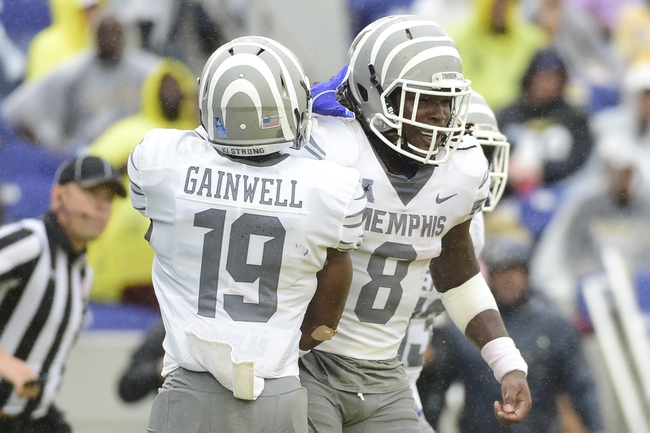 The Memphis Tigers hope to remain unbeaten at home to improve to 3-1 on the season heading into conference play. The Memphis Tigers have won 11 of their last 14 home games. Brady White is completing 70.9 percent of his passes for 772 yards, 10 touchdowns and one interception. White has seven touchdown passes in 102 career pass attempts. Damonte Coxie and Patrick Taylor Jr. have combined for 358 receiving yards and four touchdowns while Darrell Henderson has four receptions. The Memphis Tigers ground game is averaging 322.3 yards per contest, and Henderson leads the way with 521 yards and six touchdowns. Defensively, Memphis is allowing 19.3 points and 267.3 yards per game. Tim Hart leads the Memphis Tigers with 18 tackles, Bryce Huff has three sacks and T.J. Carter has one interception.

I'm never the guy who is looking to lay big numbers, but the South Alabama Jaguars have allowed 30 or more points in four of their last five games, and they're going up against a Memphis team that's loaded with playmakers and plays with a quick tempo. Memphis is averaging 62.5 points in two home games this season and has scored no less than 56 points in its last five regular season home games. The Memphis Tigers are one of those teams you either eat the chalk or stay away, as fading them and taking the points results in a sweat job. Memphis has covered each of its last three games when favored by at least 20 points. South Alabama has failed to cover five of its last seven games when an underdog of at least 20 points. Give me the chalk.