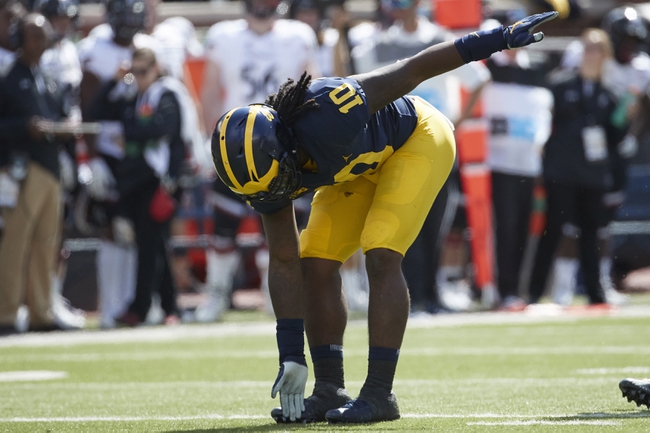 The Nebraska Cornhuskers have had scoring issues through the first two games, and that came against lesser defensive teams at home. Now the Cornhuskers have a banged up quarterback and are going to the big house to play one of the most physical teams in the country. The Michigan Wolverines should be able to feast defensively in this contest, and you have to be pleased with the improved play from Patterson at quarterback, as he's starting to look like the guy we expected to see from the start. I'm never a fan of big numbers, but Nebraska hasn't played well at home, so expecting a turnaround in Michigan is unlikely.