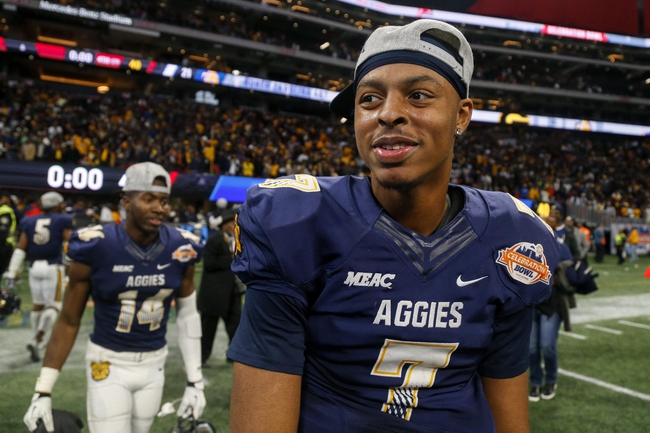 The North Carolina A&T Aggies have nothing but kind to us this season, which includes beating Jacksonville State and East Carolina outright as big underdogs. The Aggies are an experienced team that's just not used to losing games and the confidence rubs off on everybody. The Morgan State Bears have hung around despite a rough 0-3 record, but they've lost to three teams who aren't on the same level as North Carolina A&T. Morgan State has a history of getting beat up whenever stepping up in comp, and last years meeting was decided by 32 points. I'm going to continue riding the hot hand and back the North Carolina A&T Aggies in a blowout.