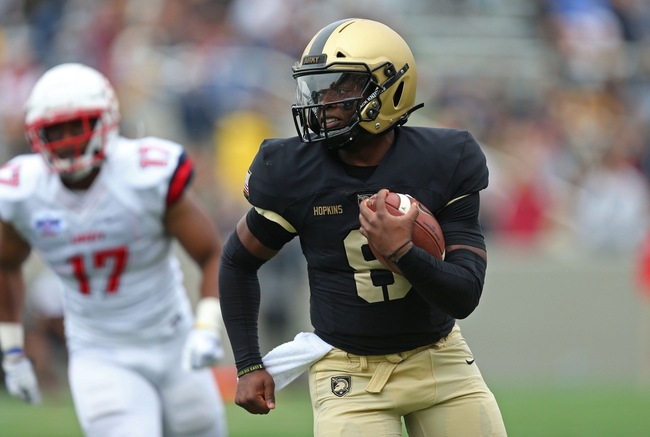 The Army Black Knights will travel to Memorial Stadium (Norman, OK) to take on the 5th ranked Oklahoma Sooners this Saturday night in College Football action.

The 5th ranked Oklahoma Sooners improved to 3-0 (1-0 Big 12) on the season after defeating the Iowa State Cyclones, 37-27, this past Saturday. Oklahoma once agianst had everything rolling on the offensive end and although Iowa State did make it a one possession game early in the 4th quarter, the Sooners were able to seal the victory after a 42-yard Austin Seibert FG game the Sooners a 10-point lead with just 2:51 left in regulation. Leading the way for the Sooners was QB Kyle Murray who completed 21 of 29 passes for 348 yards and 3 TD’s while also adding 77 rushing yards. On the season, Oklahoma is averaging 49.7 ppg on 551.3 total yards per game (329.3 passing yds/g; 222.0 rushing yds/g). Offensively, Oklahoma has been led by QB Kyle Murray who has completed 67.1% of his passes for 8 TD’s & 1 INT while averaging 287.7 passing yds/g. Murray is also the leading rusher for the Sooners as he has 2 rushing TD’s on the season and is averaging 56.3 rushing yds/g. Oklahoma have some major weapons as the receiver position in Marquise “Hollywood” Brown (6.3 rec/g; 137.3 yds/g; 3 TD) and CeeDee Lamb (4.0 rec/g; 75.0 yds/g 2 TD). The Sooners lost their star RB in Rodney Anderson for the season due to injury and will hope that Trey Sermon (9.7 att/g; 52.0 yds/g; 2 TD) can give the Sooners solid production in the backfield. Defensively, Oklahoma is holding their opponents to an average of 20.7 ppg on 384.7 total yards per game (268.7 passing yds/g; 116.0 rushing yds/g).

Army picked up a nice home win agianst an underrated Hawaii team and is always a tough team to face as they just know how to move the football on the ground. Oklahoma has arguably the most explosive offense in all of College Football and so far, their defense has been impressive, especially in their home opener against the high-flying FAU Owls. Oklahoma shouldn’t have any issue in picking up a victory in this one, however, Army’s passing game is a more of threat then it has in the pass and as I think the Black Knights will have some solid drives rushing the ball, which eats up a bunch clock, I think the Black Knights do enough on the road to cover with the points.