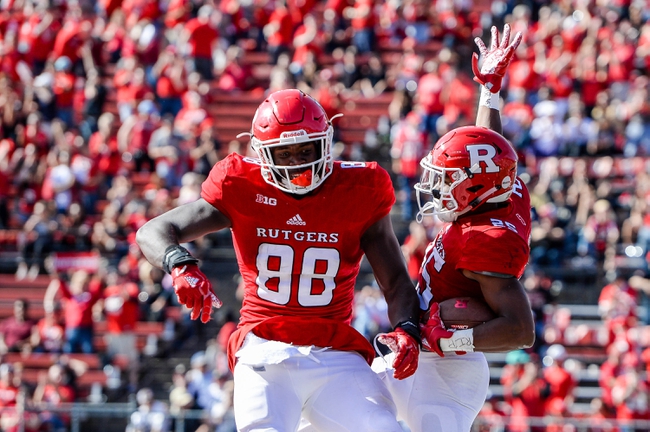 The Buffalo Bulls look for their second road win of the season to start 4-0 for the first time in well over a decade. The Buffalo Bulls have split their last six road games. Tyree Jackson is completing 65.3 percent of his passes for 789 yards, 12 touchdowns and one interception. Jackson has 18 touchdown passes in his last five games. K.J. Osborn and Anthony Johnson have combined for 507 receiving yards and seven touchdowns while Charlie Jones has six receptions. The Buffalo Bulls ground game is averaging 156.6 yards per contest, and Kevin Marks leads the way with 219 yards and four touchdowns. Defensively, Buffalo is allowing 22.3 points and 373.3 yards per game. Khalil Hodge leads the Buffalo Bulls with 32 tackles, Chuck Harris has 3.5 sacks and Cameron Lewis has two interceptions.

The Rutgers Scarlet Knights were just dominated by the Kansas Jayhawks and have given up a combined 107 points in their last two games. I'm surprised this line is this low. The Buffalo Bulls have been very sharp out of the gate, which includes a road win over a solid program in the Temple Owls, and Tyree Jackson is putting up Heisman numbers through the first three games. Sure, nobody expected Buffalo to be this good and some are probably still on the fence, but eating the small chalk certainly beats backing a Rutgers squad that's fresh off getting pounded by a notoriously bad Kansas team. I'll eat the small number with Buffalo, even if it's a fade from Rutgers more than anything else.