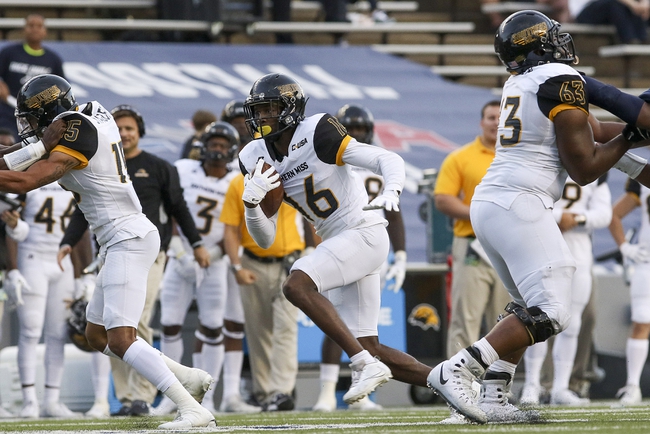 The Rice Owls and the Southern Miss Golden Eagles hook up for some C-USA college football action from Carlisle-Faulkner Field on Saturday night.

The Rice Owls will be looking to get back to .500 after falling in their last outing to Hawaii by a final score of 43-29. Shawn Stankavage leads the Owls at QB after throwing for 61% on his 77 pass attempts with 546 yards and 5 touchdowns this season. Emmanuel Esukpa has racked up 66 carries for 358 yards and 2 touchdowns while Aaron Cephus leads the Owls with 202 receiving yards and Austin Trammell has a team-high 17 catches for 190 yards this season. As a team, Rice is averaging 427.3 yards of total offense and 29 points per game this season.

The Southern Miss Golden Eagles will come into this game rested after having their meeting with Appalachian State postponed thanks to the threat of Hurricane Florence. Jack Abraham has completed 71.2% of his 73 pass attempts with 620 yards, 6 touchdowns and a pair of interceptions. Tez Parks leads Southern Miss with 76 yards rushing while Quez Watkins leads Southern Miss in receiving with 19 catches for 219 yards and 4 touchdowns this season. The Golden Eagles through their first two games, have averaged 446.5 yards of total offense per game with 37.5 points per contest.

I personally don’t think Rice is a very good football team, but there’s no denying that the Owls looked decent in hanging around with Hawaii in their last outing. If this line was a bit lower, I’d side with Southern Miss, but I just don’t see the Golden Eagles winning this one by more than 10 points, so given Rice’s success ATS in this matchup (4-1 ATS in the last 5 meetings between the two teams), I’ll take my two free touchdowns with Rice here.