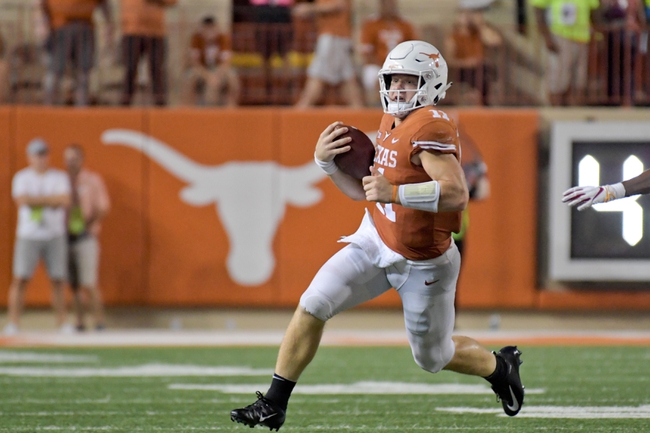 The Texas Christian Horned Frogs gave Ohio State every thing they could handle before dropping a 40-28 decision as a 13 point home dog. Both teams racked up over 500 yards but Texas Christian was done in by three turnovers with two ending up in their end zone.

Horned Frogs quarterback Shawn Robinson connected on 24-40 for 308 yards and a touchdown and two costly interceptions including a pick six.

Jalen Reagor topped TCU with seven receptions for 98 yards while TreVontae Hights hauled n a 51 yard scoring strike. Darius Anderson gave the Horned Frogs a boost on the ground with 154 yards and a pair of TD’s including a 93 yard scoring jaunt.