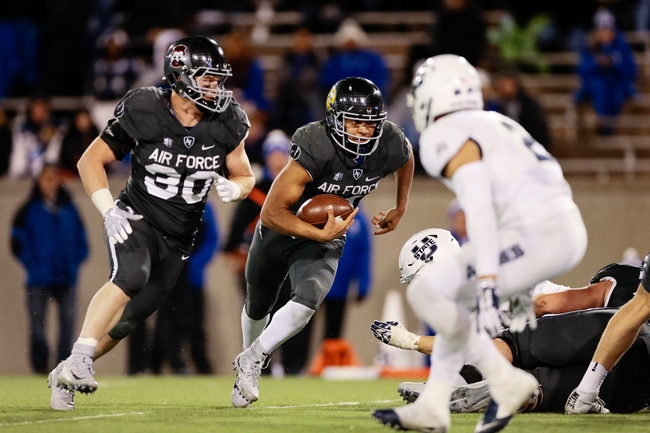 The Air Force Falcons and the Utah State Aggies will be meeting up at Maverik Stadium on Saturday in college football action.

Air Force has played two games so far in this young season. The Falcons took out Stony Brook 38-0 in their opener, then fell in a tough one to Florida Atlantic 33-27 on September 8 for a 1-1 overall record.

In the FAU game, Air Force’s Isaiah Sanders was 8-of-13 for 164 yards, one TD and one pick, while Cole Fagan led the rush on 16 carries for 80 yards. Marcus Bennett was the top Air Force receiver on 87 yards from two grabs.

Over on the Utah State side, they’re currently 2-1 this year, falling to Michigan State 38-31 in the opener and stomping New Mexico State 60-13 in game two. The Aggies kept it rolling last week with a 73-12 win over Tennessee Tech.

In that TN Tech game, Aggies QB Jordan Love logged 236 yards and two touchdowns, while Darwin Thompson was the lead rusher with six carries for 107 yards and a score. Dax Raymond led the Utah State receivers with 57 yards on three catches.

We don’t have a whole lot of data to go with Air Force just yet, but overall their offense looks pretty good. The Falcons will have their hands full with Utah State though, as they’ve had little trouble running over lesser teams and hanging with the more talented ones. I’m going to stick with the Aggies here.