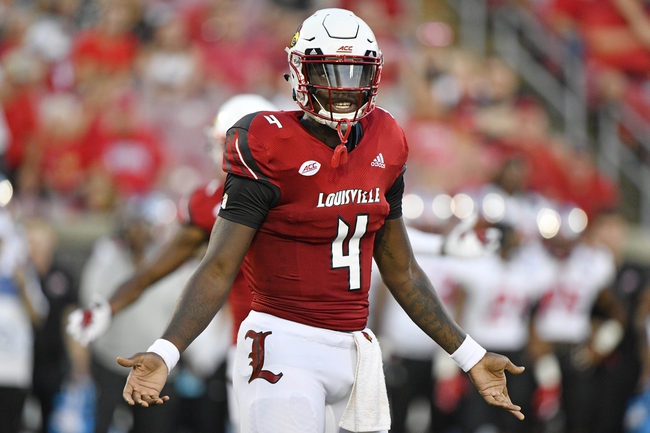 The Louisville Cardinals will visit the Virginia Cavaliers in college football activity on Saturday from Scott Stadium.

Louisville enters this matchup with a 2-1 record overall. The Cardinals were stomped by Alabama 51-14 in the opener, but then caught a groove with wins over Indiana State 31-7 and Western Kentucky 20-17.

In that WKU game, Louisville QB Malik Cunningham posted 88 yards through the air and also led the team in rushing with 21 carries for 129 yards. Jaylen Smith was the top Cards receiver with 38 yards.

In the Ohio game, Virginia QB Bryce Perkins had a nice outing with 379 yards and three scores, while Jordan Ellis posted three more scores and 171 yards on the ground. Olamide Zaccheaus went off for 247 yards and two TDs to lead the Cavs in receiving.

Louisville had the great misfortune of running into the Alabama buzzsaw their first game out, but then looked like they recovered in game two. The WKU result is a little off-putting however, as the Cardinals became completely one-dimensional and barely got out with a win. I’m not confident that strategy will work too well against Virginia, so I’m going with the Cavaliers for the cover here.