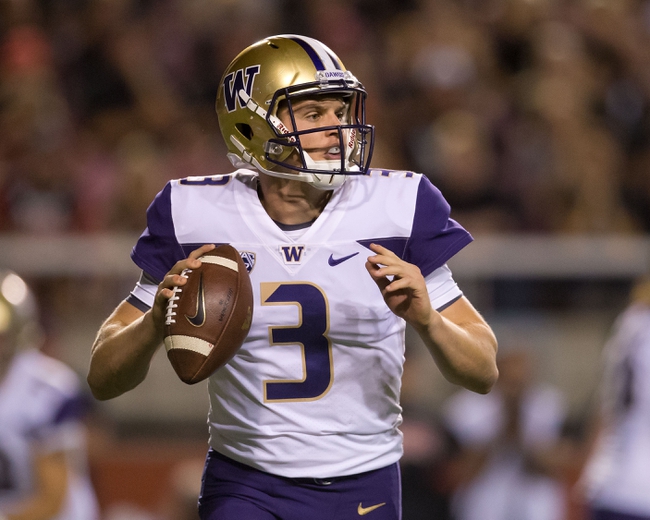 The Arizona State Sun Devils will travel to Husky Stadium to take on the 10th ranked Washington Huskies this Saturday night in College Football action.

The Arizona State Sun Devils suffered their first loss of the season and dropped to 2-1 (Pac-12) on the season after being defeated by the San Diego State Aztecs, 28-21, this past Saturday. Arizona State fought back from a 28-14 deficit with just 4:14 left in regulation to make it a game late, however, the Sun Devils had a completed pass down at the Aztecs 2 yard lane reversed late and couldn’t complete a late TD attempt in the loss. Arizona State was outgained by a 440-377 margin and couldn’t really establish anything on the ground against the Aztecs defense as they finished the game with just 36 rushing yards. On the season, Arizona State is averaging 28.7 ppg on 434.7 total yards per game (319.3 passing yds/g; 115.3 rushing yds/g). Offensively, the Sun Devils have been led by QB Manny Wilkins who has completed 65.3% of his passes for 7 TD & 1 INT while averaging 319.3 passing yds/g. The top receivers for the Sun Devils have been N’Keal Henry (7.0 rec/g; 105.0 yds/g; 4 TD), Frank Darby (3.0 rec/g; 57.0 yds/g), and Kyle Williams (4.0 rec/g; 53.0 yds/g). Leading the rushing attack of the Sun Devils has been Eno Benjamin who had a TD and is averaging 59.7 rushing yds/g on 14.0 att/g. Benjamin also is a contributor in the passing game as he averages 5 receptions per game for 37.7 yds/g. Defensively, Arizona State is holding their opponents to an average of 16.0 ppg on 345.7 total yards per game (220.3 passing yds/g; 125.3 rushing yds/g).

Arizona State had a great start to their season with an upset victory over Michigan State at home, however, the Sun Devils came crashing back to reality after they couldn’t pull of a road victory against a decent San Diego Aztecs team. Washington can’t have any slip ups the rest of way after their opening season loss to Auburn, however, the Huskies are the clear-cut team to win the Pac-12 this season as they have offensive playmakers at the impact positions and one of the best defenses in the country. Washington is by far the more talented team in this one and between the fact that the Sun Devils just don’t seem to be like the same team when they are on the road and that Washington probably wants some revenge after being upset by Arizona State last season, I think Washington does enough to cover this large home spread.