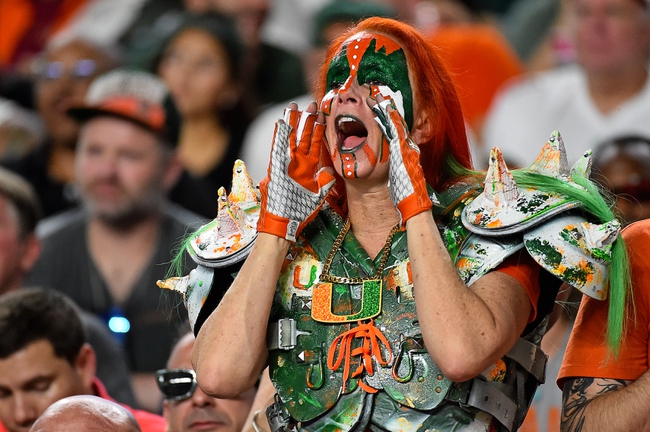 The Miami Hurricanes look for a fourth straight victory to remain in the ACC and college football playoff conversation. The Miami Hurricanes have won nine of their last 10 home games. N'Kosi Perry is completing 66.7 percent of his passes for 317 yards, six touchdowns and two interceptions. Perry enters this game with 39 career pass attempts under his belt. Jeff Thomas and Lawrence Cager have combined for 489 receiving yards and six touchdowns while Brevin Jordan has 12 receptions. The Miami Hurricanes ground game is averaging 209.5 yards per contest, and Travis Homer leads the way with 276 yards and one touchdown. Defensively, Miami is allowing 18.5 points and 223.8 yards per game. Jonathan Garvin leads the Miami Hurricanes with 23 tackles, Joe Jackson has two sacks and Sheldrick Redwine has two interceptions.

North Carolina hasn't fufilled expectations this season, but is coming off a solid win over Pittsburgh and has been a nice covering team lately. Miami has one of the top defenses in the country and may finally have a quarterback in Perry, who replaced the awful Malik Rosier last week. If Perry ends up being the real deal, Miami could turn its season around and make a run at the ACC title. The North Carolina Tar Heels have covered each of their last three games when a double-digit underdog. The Miami Hurricanes have failed to cover six of their last eight games when a double-digit favorite. With all that said, I'm not sure Miami is consistent enough to blow teams out. The Hurricanes still go through these rough patches where they allow teams to hang around. We saw it last week against FIU, as the stats are completely one sided, but the Golden Panthers lost by just 14 points. I'd take the points here.