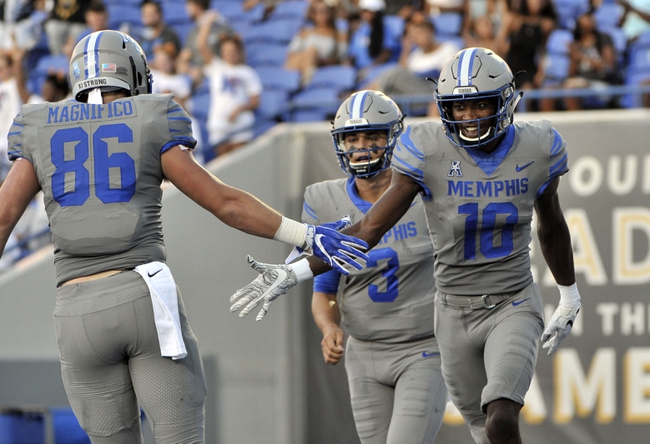 The Memphis Tigers look for their first road victory of the season to keep pace in the AAC West. The Memphis Tigers have split their last six road games. Brady White is completing 72.2 percent of his passes for 1,064 yards, 12 touchdowns and one interception. White has nine pass completions this season of 25 or more yards. Damonte Coxie and Pop Williams have combined for 499 receiving yards and five touchdowns while Darrell Henderson has six receptions. The Memphis Tigers ground game is averaging 309.5 yards per contest, and Henderson leads the way with 709 yards and eight touchdowns. Defensively, Memphis is allowing 23.3 points and 317.3 yards per game. Curtis Akins leads the Memphis Tigers with 27 tackles, Bryce Huff has three sacks and T.J. Carter has one interception.

The Memphis Tigers have found their footing offensively and have now topped 50 points in seven of their last 10 games. The Tulane Green Wave have an ugly record, but they continue to compete, as six of their last 10 losses have been decided by seven or less points. With that said, Memphis beat Tulane last year by 30 points and is just as explosive offensively than a year ago. If Tulane can't make consistent plays through the air (they can't) it's going to be tough to compete with the Tigers once again. The Memphis Tigers have also covered eight of their last 12 games when favored by at least seven points. While I'm not the guy who eats big chalk, laying two touchdowns with Memphis has to be the play. Tulane doesn't have the firepower to hang with this offensive machine that's not slowing down.