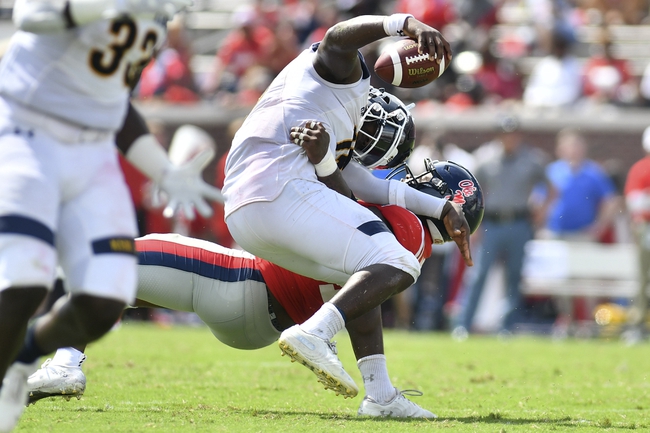 The Kent State Golden Flashes and the Ball State Cardinals square off in college football MAC-tion from Scheumann Stadium in Muncie, Indiana on Saturday afternoon.

The Kent State Golden Flashes will be looking to bounce back from back-to-back losses, including a 38-17 defeat at the hands of Ole Miss in their last outing. Woody Barrett has thrown for 826 yards, 4 touchdowns and 4 picks with a 57.4% completion percentage this year while also rushing for 3 touchdowns as well. Justin Rankin has logged a team-high 263 yards on the ground for Kent State while Mike Carrigan leads the Golden Flashes’ receiving corps with 205 yards and 19 catches. As a team, Kent State is averaging 394 yards of total offense and 26.2 points per game this season.

The Ball State Cardinals will also be eager to bounce back from a 1-3 starts after a 3rd straight defeat in the form of a 28-20 loss to Western Kentucky in their last outing. Riley Neal has thrown for 839 yards with 4 touchdowns and 2 interceptions in completing 57% of his 149 pass attempts. James Gilbert has rushed for 302 yards while Riley Miller and Corey Lacanaria each have 200+ receiving yards and Justin Hall leads the Cardinals with 21 catches this season. As a team, Ball State is averaging 438.8 yards of total offense and 22 points per game this season.

The touchdown with the hook is tempting for the Golden Flashes, but the bottom line is that Kent State isn’t a good defensive team. Sure, two of those games were against Penn State and Ole Miss, but Ball State also went toe-to-toe with Notre Dame and held their own for a bit against Indiana. All in all, we are laying a touchdown with the better team offensively and last I checked, you need to score to win games so I’ll lay the points with Ball State in this one.