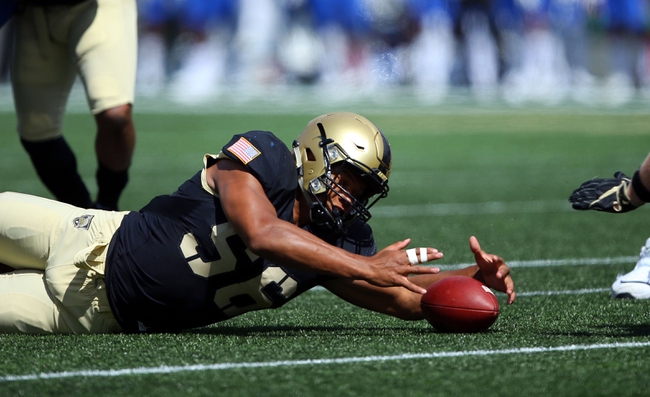 The Army Black Knights and the Buffalo Bulls will meet up in college football action on Saturday, September 29 at UB Stadium.

In the Oklahoma game, Army QB Kelvin Hopkins posted an ugly statistical outing through the air with 40 yards and two picks, but led the team in rushing with 102 yards and a TD. Kell Walker was the only Knight to catch a pass, with three grabs for all 40 yards.

In the Rutgers game, Buffalo QB Tyree Jackson put up 263 yards, three TDs and two picks, while Anthony Johnson did big damage on two catches for 101 yards and a TD. Leading the Buffalo rush was Jaret Patterson with 104 yards and two scores.

Looking at Army’s offensive stats from the OK game, it’s almost absurd to think they were razor-close to stealing a win. The key for the Knights in that game was ball control, as they allowed the Sooners’ offense to be on the field for just over a quarter in regulation. This will be a tough test for a surging Buffalo team, as the Knights will come into this one with the confidence they can play against anyone. This should be a great matchup and a heavy clock-control affair on both sides. I think the Buffalo offense is good enough to fend off Army’s attack, so I’ll take the Bulls for the slim cover but I’m staying away otherwise. The best play just might be the under, though.