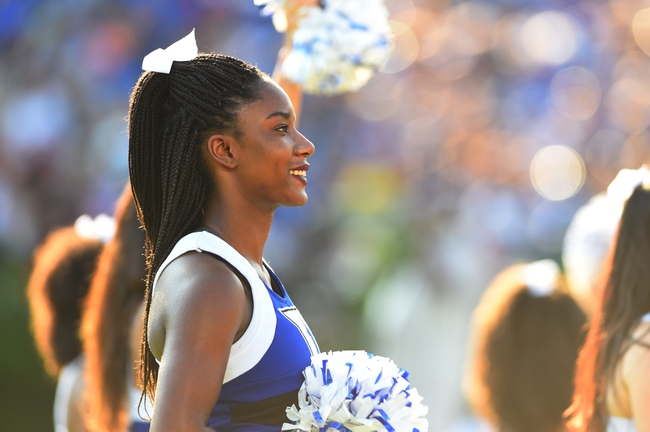 The Virginia Tech Hokies will take on the Duke Blue Devils at Wallace Wade Stadium in college football action Saturday.

Virginia Tech enters this game with a 2-1 record so far. The Hokies started out well with a win 24-3 over Florida State and another 62-17 over William & Mary before their postponed game versus East Carolina. VT was shocked by Old Dominion 49-35 in their last appearance, however.

In the Monarchs game, Virginia Tech QBs Ryan Willis and Josh Jackson combined for 17 completions, 282 yards and three scores, while Steven Peoples led the rush on 156 yards and two TDs. Damon Hazleton was the lead Hokies receiver on 154 yards and a TD.

In the NCC game, Duke QB Quentin Harris put up 202 yards with three scores, and Brittain Brown led the rushers on 118 yards and a TD. Brown also had the most receiving yardage for the Devils, with his 44-yard touchdown catch.

I was one of the many people who looked downright stupid after picking Virginia Tech to cover in their last game, and it’s still a tough result to believe. The Hokies were burned pretty much everywhere by the ODU offense, and it’s going to be hard to trust them for a while.

The Hokies are going to try and bounce back here, but Duke won’t be a pushover by any stretch. The Devils already have a couple solid wins and may give trouble to the VT defense. I’m going to go with Duke for the cover here.