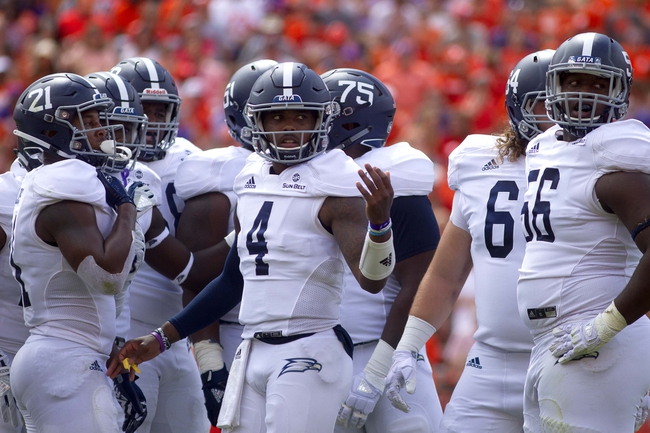 The Arkansas State Red Wolves have had their way with teams outside of Alabama, and each of their last 17 victories have been decided by at least seven points. The Georgia Southern Eagles haven't really played anybody yet outside of Clemson, which they picked up only seven first downs the whole game and scored a garbage time touchdown late. Arkansas State beat up on Georgia Southern last year and has the offensive firepower to do the same here against the one dimensional Eagles. If Georgia Southern gets down early, this game could get out of hand rather quickly. I'll take Arkansas State on the road and the reasonable chalk.