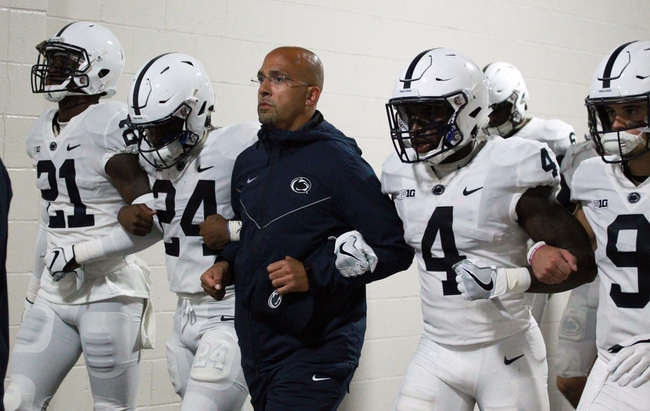 As impressive as the Ohio State Buckeyes have been this season, the Penn State Nittany Lions have played just as well. In its last three games, Penn State has outscored teams 177-40, and that includes having to play two of those contests on the road. Ohio State gets Urban Meyer back and is explosive on both sides of the ball, but it's nothing Penn State hasn't seen before. In fact, the Nittany Lions lost last years meeting on the road by one point and won the last meeting in Happy Valley outright despite being 17.5 point underdogs. PSU can go toe-to-toe with Ohio State offensively with the leadership at quarterback, and the Nittany Lions defense is good enough to get key stops. These teams are about even in my eyes, so the fact we're getting four free points with Penn State at home, a place that's going to be rocking, I'll take it. The Penn State Nittany Lions have also covered four of their last five games when an underdog of at least three points.