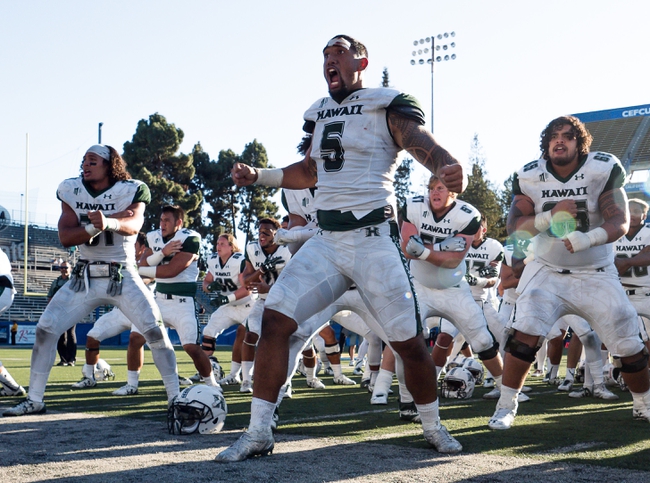 The Hawai’i Rainbow Warriors will travel to CEFCU Stadium to take on the San Jose State Spartans this upcoming Saturday night in College Football action.

Hawai’i is starting to look like the teams we got used to about 10 years ago as they are really throwing the ball all over the field and currently rank 9th in College Football in passing offense. San Jose State did a lot better than expected against Oregon, but this is still a team that lost to an FCS team start their season and they could be in real trouble agianst the Rainbow Warriors passing game as the Spartans rank dead last in College Football in passing defense. This line seems pretty low to me even if Hawai’i has to travel and I just don’t see how I’m not taking Hawai’i in this one to cover.