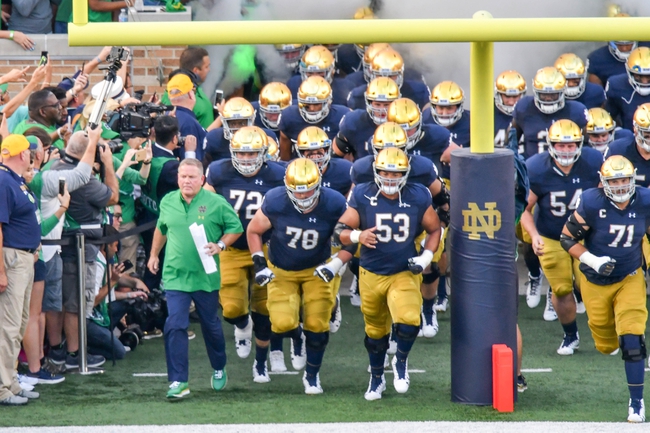 Stanford has won seven of the last nine meetings against Notre Dame, which includes an 18-point victory last season. It's not going to be easy to beat back-to-back ranked teams on the road, but coming back last week against Oregon is sure to give this club an extra pep in its step. Notre Dame has been better than I expected up to this point, but it has allowed teams to hang around in three of its four games, and even Michigan, who couldn't do anything offensively, still had chances late. The Stanford Cardinal have covered 13 of their last 16 games when an underdog of at least three points. The Notre Dame Fighting Irish have failed to cover six of their last seven games when a favorite of at least three points. Take away the tough schedule spot and the fact they're playing on the road, the Stanford Cardinal are the better team. I have a rule about turning down free points with the better team. I rarely do it. So, give me Stanford.