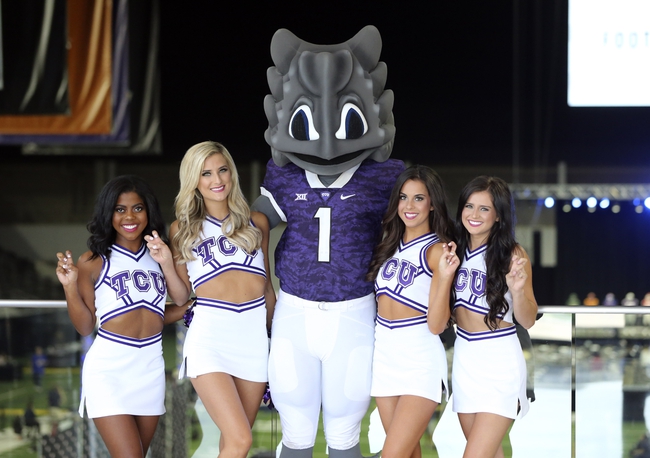 The TCU Horned Frogs need a victory here to avoid their first three-game losing streak since the 2013 season. The TCU Horned Frogs haven’t lost a home game since December of 2016. Shawn Robinson is completing 60.7 percent of his passes for 841 yards, six touchdowns and five interceptions. Robinson has nine pass completions of 25 or more yards this season. Jalen Reagor and KaVontae Turpin have combined for 485 receiving yards and three touchdowns while TreVontae Hights has three receptions. The TCU Horned Frogs ground game is averaging 203 yards per contest, and Darius Anderson leads the way with 274 yards and two touchdowns. Defensively, TCU is allowing 22.5 points and 330 yards per game. Garret Wallow leads the TCU Horned Frogs with 28 tackles, Corey Bethley has three sacks and Ridwan Issahaku has one interception.

The TCU Horned Frogs are coming off a very shaky loss to the Texas Longhorns and the defense doesn't look to be as good as years past. Iowa State is off to a slow 1-2 start, but the Cyclones opened the year on the road against Iowa and played Oklahoma, so you can't be too hard on the rough schedule. Even then, Iowa State lost both of those games by exactly 10 points, so this is a club that hangs in there and competes. The TCU Horned Frogs have failed to cover nine of their last 13 games when a double-digit favorite. The Iowa State Cyclones have covered six of their last seven games when a double-digit underdog. And based on what we've seen the past couple of weeks, you have to like the value you're getting here with points and Iowa State. Win, lose or draw, Iowa State is going to hang around and give you a chance at covering.