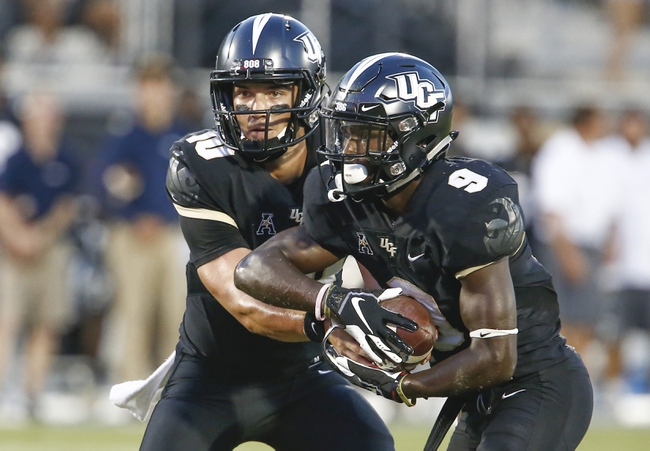 The UCF Knights look to keep the ball rolling, as they haven’t lost a game since December of 2016. The UCF Knights have won each of their last nine home games. McKenzie Milton is completing 64.1 percent of his passes for 895 yards, nine touchdowns and three interceptions. Milton has a combined 16 touchdown passes in his last five games. Gabriel Davis and Dredrick Snelson have combined for 439 receiving yards and four touchdowns while Tre Nixon has 11 receptions. The UCF Knights ground game is averaging 283.6 yards per contest, and Adrian Killins Jr. leads the way with 193 yards and three touchdowns. Defensively, UCF is allowing 17.7 points and 396.7 yards per game. Pat Jasinski leads the UCF Knights with 26 tackles, Brendon Hayes has one sack and Richie Grant has two interceptions.

The Pittsburgh Panthers have been inconsistent this season, but that hasn't stopped them from pulling off big upsets, as they messed up the Miami Hurricanes season last year and beat the Clemson Tigers on the road the year before. The Pittsburgh Panthers are 9-3-1 ATS in their last 13 games as a double-digit underdog. There's reason to consider Pittsburgh and the bunch of points. The problem is the UCF Knights have been a well oiled machine dating back to last season and the offense doesn't seem to be slowing down. In fact, UCF is averaging 7.29 yards per play, which is good for 14th in college football. If Pittsburgh can't put together consistent drives, this game will slip away rather quickly. I'm not trying to step in front of UCF right now, even though Pittsburgh has a reputation of showing up in these type of games.