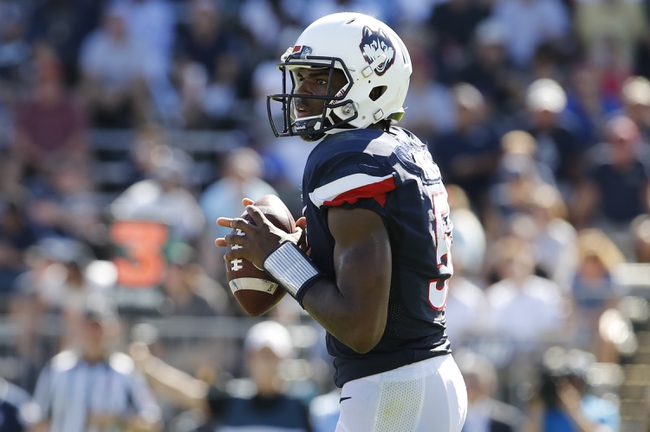 The UConn Huskies could use a feel good victory here to rebound from a rough 1-3 start to the season. The UConn Huskies have lost five of their last seven home games. David Pindell is completing 66.4 percent of his passes for 807 yards, seven touchdowns and three interceptions. Pindell and Marvin Washington have combined for eight touchdown passes and four interceptions this season. Kyle Buss and Hergy Mayala have combined for 311 receiving yards and two touchdowns while Tyler Davis has 11 receptions. The UConn Huskies ground game is averaging 196.2 yards per contest, and Pindell leads the way with 410 yards and four touchdowns. Defensively, UConn is allowing 54.5 points and 664 yards per game. Tyler Coyle leads the UConn Huskies with 41 tackles, Eli Thomas has one sack and Oneil Robinson has one interception.

The UConn Huskies prove time and time again that they're probably not even an FBS team half the time, as this club gets blown out against even subpar comp. The Cincinnati Bearcats have been really solid defensively this season and look like a team that could make a run for an AAC title. The UConn Huskies have failed to cover 12 of their last 17 games as a double-digit underdog. I have no choice but to eat the chalk with the road team. UConn hasn't shown much on either side of the ball.