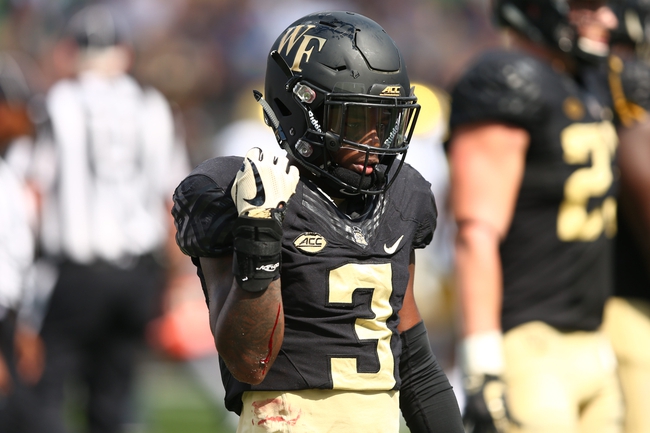 The Rice Owls and the Wake Forest Demon Deacons will be matching up in college football action at BB&T Field on Saturday.

In the Southern Miss game, Rice QB Shawn Stankavage posted 125 yards with two touchdowns and two picks, with most of the work going to Austin Trammell’s six catches for 60 yards. Austin Walter led the rush for the Owls on 81 yards and a score.

Over on the Wake Forest side, they’re sitting at 2-2 on the young season. The Deacons logged wins over Tulane 23-17 and Towson 51-20 before dropping their last pair 41-34 versus Boston college and 56-27 versus Notre Dame.

In the Irish game, Wake Forest quarterback Sam Hartman posted 110 yards on 12-of-24 passing, and Cade Carney led the rush on 13 carries for 79 yards. Greg Dortch was the top Demon Deacons receiver with 56 yards from six grabs.

Rice has some decent playmakers on offense, and they’ve had to really push hard to stay in these games. The Owls defense has allowed at least 28 points in every game, and at least 40 in three of four. That’s got to change.

Wake Forest is in something of the same boat, as they’ve allowed 97 points across their last two games—but have admittedly faced solid competition. Wake doesn’t strike me as the type of team who can just drill someone offensively (and they’ve been pretty bad against the spread lately), so I’m going to go with Rice sneaking in here and covering.